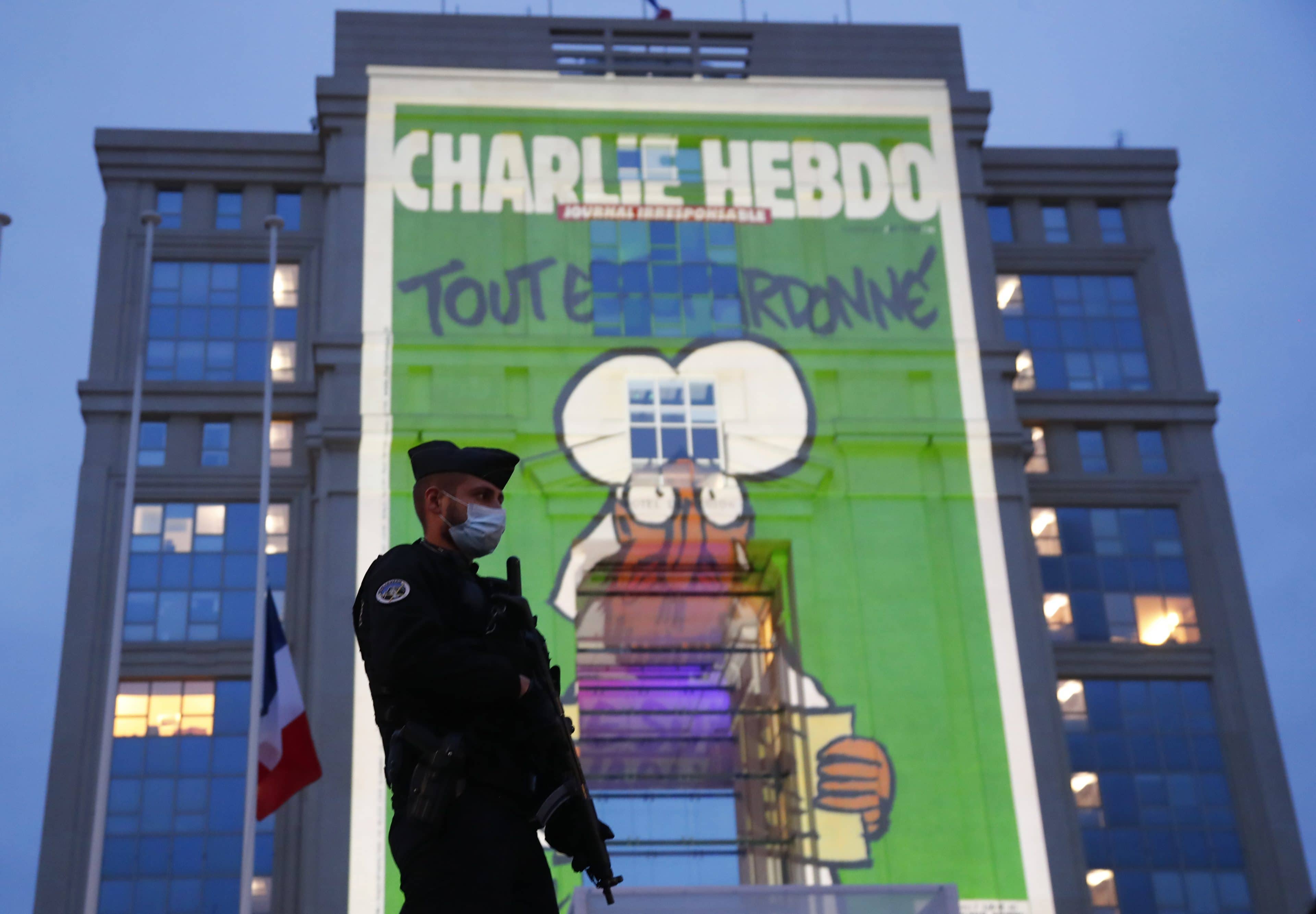 The tragic murder of schoolteacher Samuel Paty in a Parisian suburb last week, the latest in a slew of Islamist terror attacks in the French Republic, has left many questioning how such a  crime can occur, and how such incidents could be prevented.

France has long grappled with Islamist extremism and terrorism. In fact, more foreign terrorist fighters left France to join ISIS than any other European country and the country has suffered through some of the most devastating terror incidents on European soil in recent memory.

Why has France been a key target for extremists? The paths to radicalisation are multifaceted. They are incredibly difficult to counter and even more difficult to predict. However, one common denominator has emerged in recent years: online radicalisation.

With the advent of the internet, the face of Islamic terrorism and radicalisation fundamentally changed and evolved, adapting to the modern age. As France doubled down on combating Islamic extremism on the ground, extremists were forced to explore new ways to spread their ideology of hate.

As such, despite successful attempts to snuff out violent Islamic groups, including establishing, and repeatedly extending, a national state of emergency, bolstering its counterterrorism legislation, approving the creation of a National Guard, and launching deradicalization centres around the country, France has still found itself vulnerable to radicals.

The internet has become the home of today’s Islamists. It is easy, it targets people in their homes and can reach millions within minutes.

Online platforms are misused by propagandists to target those most vulnerable to extremist messaging. Notably, many of the almost 2,000 French citizens, most of them young Muslim men, who fled to join ISIS were radicalised online. Similarly, young Muslim girls also fled to Syria to become so-called ‘jihadi brides’ after subjected to online recruitment.

And amid a global pandemic, extremists are adapting to their newfound circumstances.

Like other European countries, France’s ongoing COVID-19 restrictions have drastically reduced the range of soft targets for attacks, such as large gatherings or events. Such restrictions have resulted in a temporary decline on a larger scale, organised and more complex Islamist terrorist attacks.

However, with mass stay at home orders, the threat emanating from online radicalisation is not only persisting but seems to be on the rise. As such, it seems that rather than recruiting soldiers for the Caliphate, individuals are being radicalised to commit violent, targeted, single-actor attacks.

In September, a 25-year-old Pakistani man, identifying as Zaher Hassan Mahmood, stabbed two people near the former Charlie Hebdo offices in reaction to the magazine’s republication of the cartoons depicting the Muhammad.

Mahmood was not on any terrorist watchlist. Instead, he was radicalised online by watching videos of Khadim Hussain Rizvi, a Pakistani preacher founder of Tehreek-e-Labbaik Pakistan which is an anti-blasphemy sect of Islam.

Nor was Samuel Paty’s murderer, 18-year-old Abdoulakh Anzorov, on a terrorist watchlist. Yet, the assailant committed the heinous crime after learning through social media that Paty had shown the Charlie Hebdo images of the prophet in class.

The pandemic has exacerbated what was already a growing trend of Islamist extremist attacks with online links in France. In January this year Nathan Chiasson, who murdered one individual and gravely injured two others, was inspired by propaganda from ISIS and al-Qaeda. Last year, Lyon bomber Mohamed Hichem Medjoub’s computer showed he had an interest in jihadi material and ISIS’s activities. He was also able to purchase bomb-making equipment online.

These suspects did not clearly belong to a radical mosque or formal organization. Rather their radicalisation was hidden from view, and their extremism was safeguarded by the internet’s anonymity. Moreover, the inability or unwillingness of tech companies to effectively regulate their platforms created an environment where hateful and dangerous content could proliferate.

Online extremism necessitates an online solution. To combat Islamic fundamentalism in France, the fight must also be taken to online platforms.

Tech giants continue to dismiss their responsibility to stop the spread of extremist content and to provide a safe environment for their users. Unfortunately, as it stands, tech firms can effectively remove the accountability they are legally obligated to provide by not reporting incidence-rates of online-extremism.

Counter-extremism and even online counterterrorism efforts require nuanced understanding and well-designed programmes based on well-founded theories of change. Such programmes are regularly evaluated and, if necessary, adjusted to maintain their effectiveness. Regulation by platforms is no different.

Fortunately, France has recognised the gaping holes in its counterterrorism policy. The recent announcement that the government will revive the “Permanent Contact Group” next week to fight against terrorist propaganda online is a welcome step in the right direction.

The group will see online platforms, like Facebook and Twitter, working with public authorities to come up with a “common response” to so-called cyber-Islamism. However, given the tech industry’s abysmal track record in removing extremist and terrorist material, the French government must be sure to pressure these sites to be more proactive and dedicate more resources to ensure effective policy implementation.

France is also pushing for an EU-wide toughening of measures to tackle hate speech online and has long backed Brussels’ ongoing legislative efforts to take down terrorist content from social media.

Hungary suspends relations with Commissioner Jourova, calls for her resignation

United States descends into chaos as clashes between protesters and police...