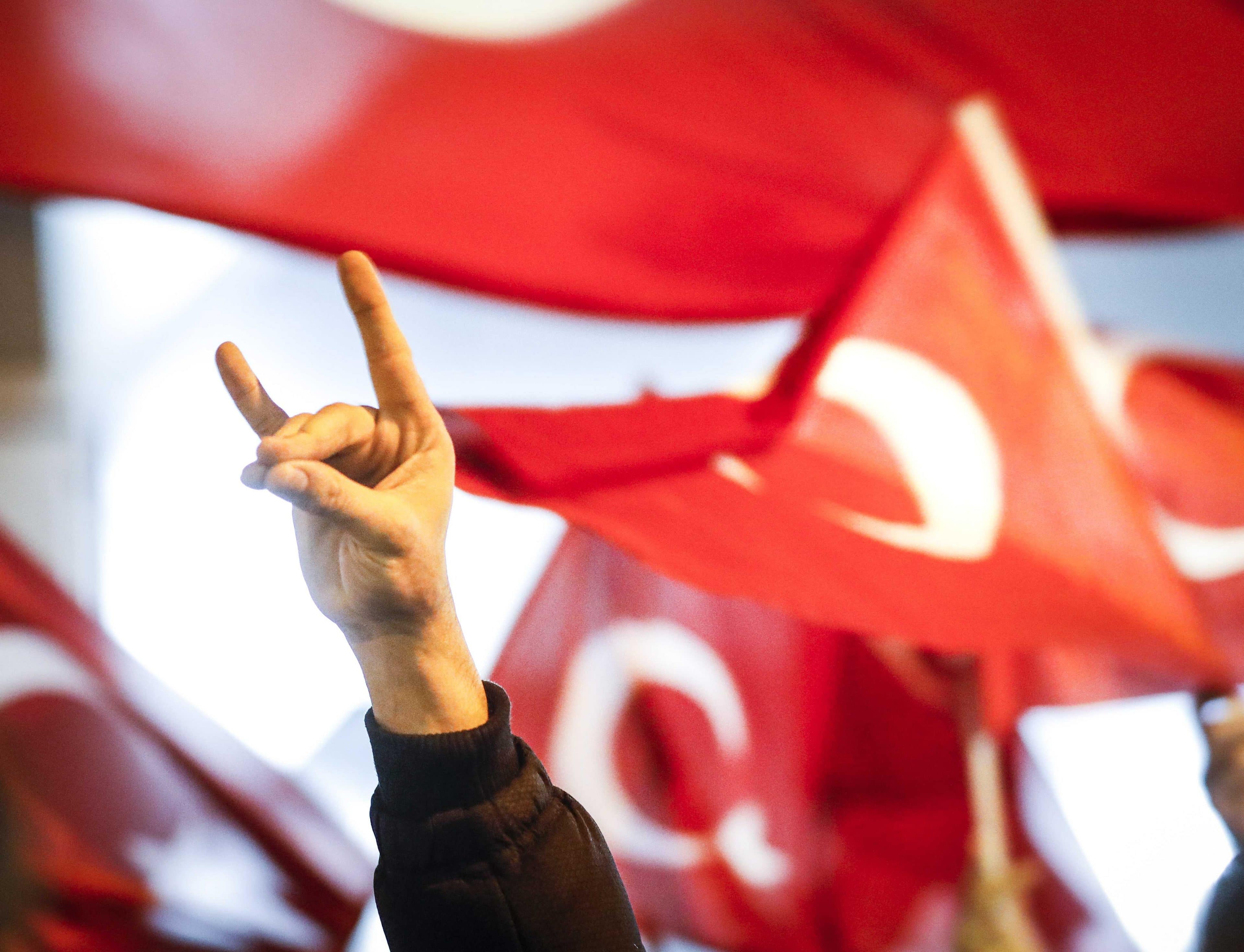 Describing the organisation as a “particularly aggressive de facto group” Darmanin said he would formally propose its dissolution on Wednesday, during the weekly cabinet meeting. Given that the organisation is international, actions or meetings by the group could be punished by fines or even imprisonment only in France.

The Grey Wolves have already been banned in Austria since 2019, while in Germany, several parties called for the group to be banned in 2018.

Darmanin’s move came almost a week after the Armenian Genocide Memorial was defaced with graffiti including the name of the Grey Wolves and RTE in reference to Erdogan, in Decines-Charpieu, near Lyon.

The incident in Decines-Charpieu came on top of intense communal tensions in France between its Armenian minority and the Turkish community over the conflict in Nagorno-Karabakh. On Wednesday, bilateral tensions escalated during two anti-Armenian demonstrations by people carrying Turkish flags in the Lyon and Grenoble areas and chanting threats against Armenians.

The Grey Wolves group is affiliated with Turkey’s Nationalist Movement Party (MHP) of Devlet Bahceli, which has a political alliance with Erdogan’s Justice and Development Party (AKP). In fact, the Grey Wolves are regarded as the militant wing of the MHP.

Darmanin’s move is expected to fuel tensions between Paris and Ankara, as the two NATO allies are already at loggerheads over a number of issues, including the civil war in Libya, the energy resources in the Eastern Mediterranean, Syria and now the escalating conflict between Armenia and Azerbaijan over Nagorno-Karabakh

However, tensions have alarmingly escalated after Macron pledged to fight radical Islamism, a decision that was reiterated after the murder of Samuel Paty, a history teacher who was beheaded by a Moscow-born Chechen refugee for showing cartoons of prophet Mohammed during a class on freedom of speech.

Following Macron’s comments, the Turkish President made a personal attack on his French counterpart, suggesting that he get a mental check-up, due to his “problem with Islam,” prompting France to recall its ambassador from Turkey for consultations. He later also called on the Turks to boycott French goods, due to what he says is Paris’ anti-Islam agenda.

Further triggering bilateral tensions, the French satirical magazine Charlie Hebdo last week published its cover, depicting a caricature of Erdogan sitting in a white T-shirt and underpants and holding a canned drink, along with a woman wearing an Islamic hijab.The Turkish presidency vowed to take all legal and diplomatic steps needed in response to the caricature.