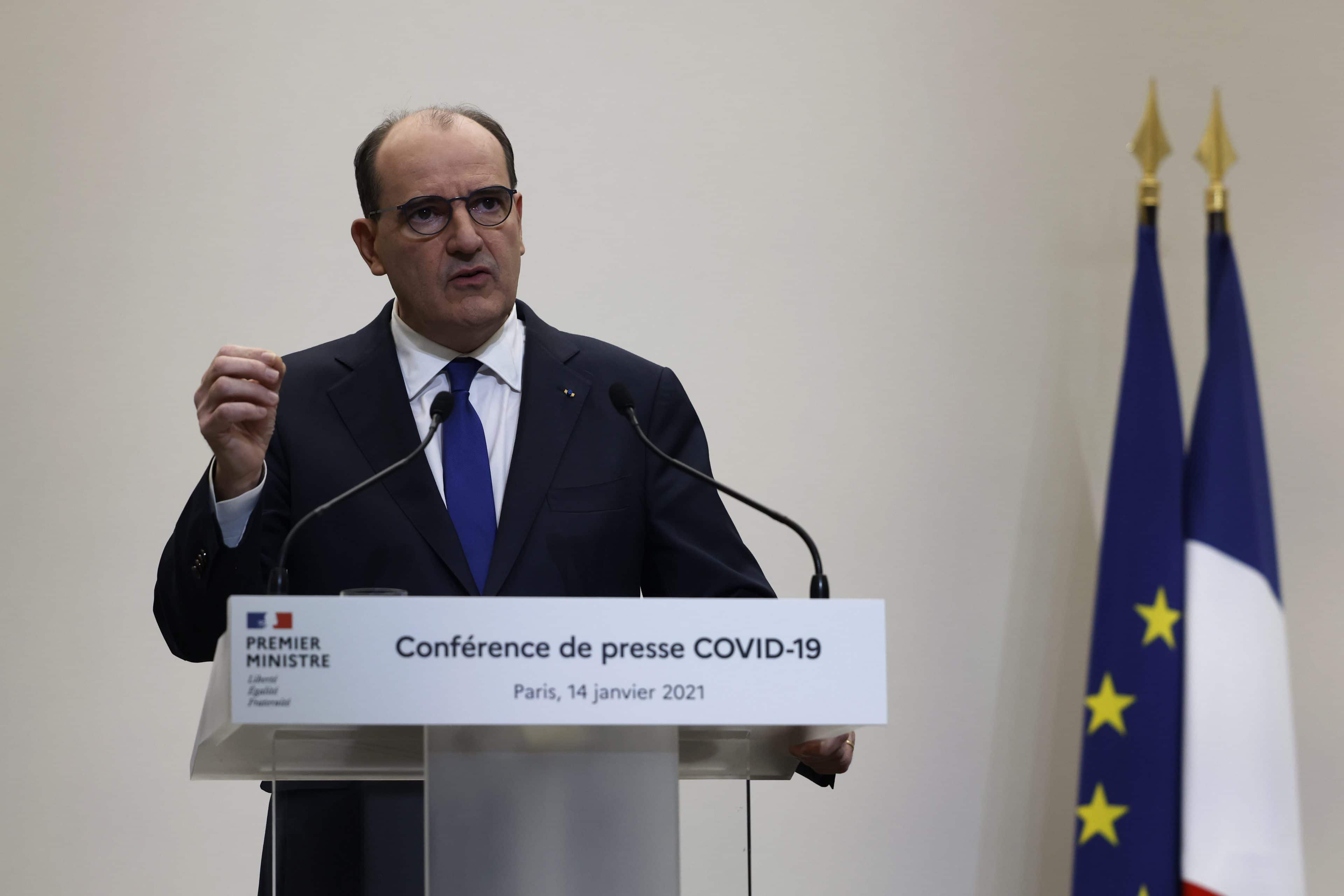 French Prime Minister Jean Castex on Thursday announced a nationwide 6pm curfew until 6 am, starting from Saturday for 15 days, in a bid to curb the number of Coronavirus infections across its territory.

“The curfew will apply from 6 p.m. this Saturday and for at least 15 days,” Castex said during a televised press conference along with five ministers.

The longer curfew was already in place in 25 administrative districts, the so-called departments in the east of the country since January 2, and will replace an 8pm curfew in the rest of France. The Paris region will be excluded from the new restrictions.

Under the new rules, all shops and businesses receiving the public will have to close by 18:00, except for emergency services. Defending the new restrictions, Stanislas Guerini, the leader of Macron’s party “Republic on the Move” (LREM) said the measure aims at “countering the apero effect.”

The new strain of Coronavirus, first detected in Britain, has also reached France, sparking fears over a faster spread of the virus. Only on Wednesday, the country reported almost 24,000 cases and 229 deaths, however, Castex has ruled out the possibility of full nationwide lockdown for the moment.

Politics and News in America

COVID-19 vaccines will be free for all in Portugal, says health...

Advantages Of Jamili Elections In INDIA | BJP Vs Congress |...

Innovation and creativity in the New Year