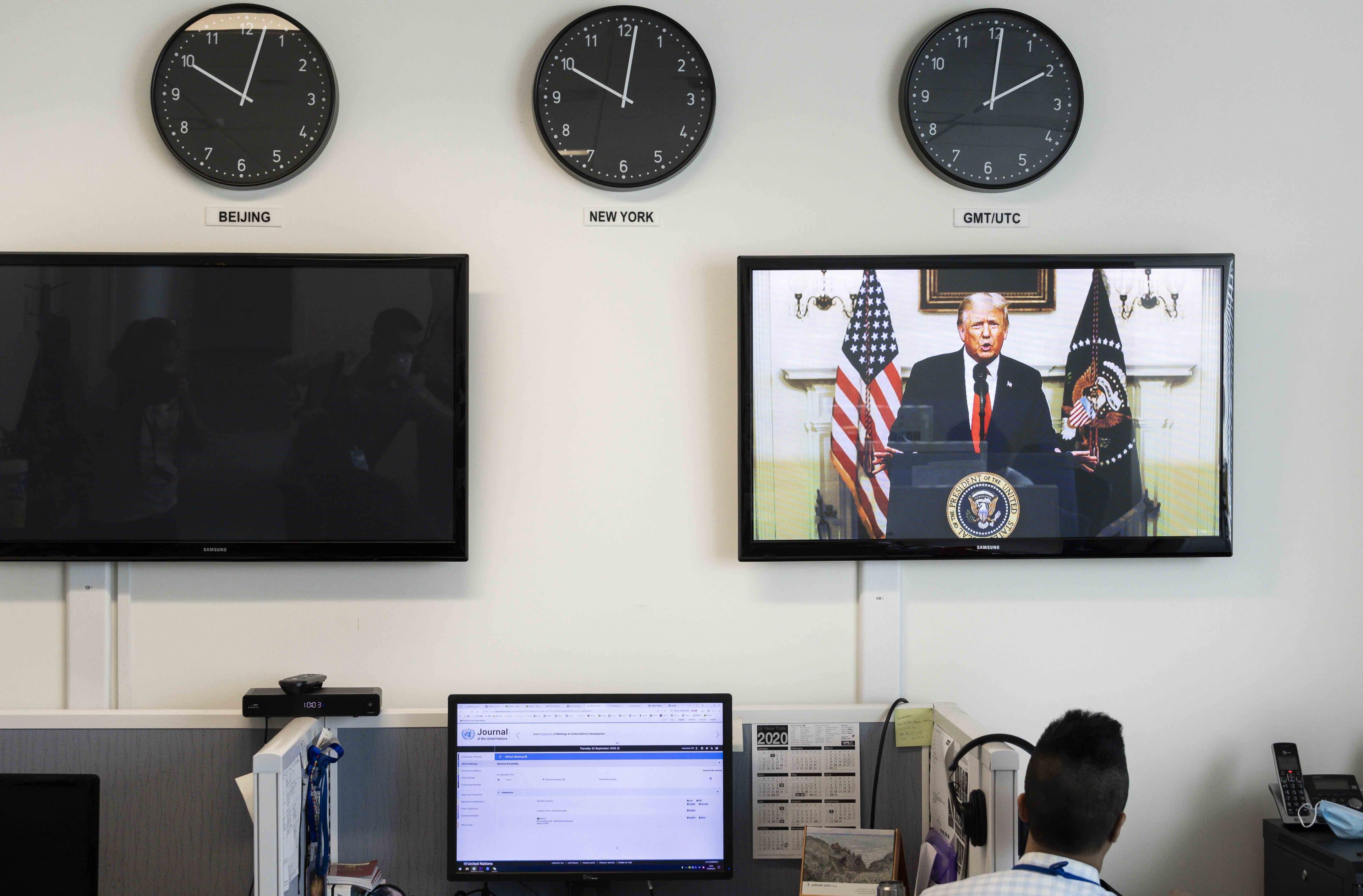 In the final address to the UN General Assembly of his current term in office, US President Donald J Trump sent a short video presentation on September 22 highlighting his Administration’s foreign policy accomplishments and arguing unsurprisingly that all countries should put their own national interest above any type of multilateral cooperation, challenging them to reproduce his own “America First” approach.

While this year marks the 75th anniversary of the founding of the United Nations in 1945, the COVID-19 crisis required those celebrations to be massively toned down since the vast majority of the world’s heads of state rejected New York city’s tough quarantine rules and decided to participate by teleconference and video messaging.

With the lack of high-level government officials present at the launch of the new General Assembly session, and the omission of the all-important side meetings that normally occur in New York, global attention to this year’s slimmed-down annual extravaganza almost fell off the radar.  UN Secretary-General António Guterres has acknowledged that the COVID-19 crisis has forced his organization to shift many important projects into the next year, calling the health crisis “our own 1945 moment” — a strong reference to World War II — and  characterized COVID-19 as “a toxic virus shaking the democratic underpinnings in many countries.”

Guterres referred to the intense competition between the US and China in his introductory remarks, practically ignoring the EU:  “Our world cannot afford a future where the two largest economies split the globe in a Great Fracture – each with its own trade and financial rules and internet and artificial intelligence capacities.”

Trump’s short video message was preceded by short introductory remarks by the US Permanent Representative based in New York, as was the practice for the messages sent by national leaders.   The tone of that address, by Ambassador Kelly Craft, a Trump political appointee and supporter, approached the intensity of an election campaign rally.

Trump’s video message came nothing close to his astounding 2018 live address where he claimed to have outperformed almost all previous US administrations.  And this year he took sharp aim at China both for COVID-19 and environmental destruction.

In normal years, the President’s UNGA address is drafted by committee within the State Department to ensure global issues are all addressed before sending it to the White House for the final touches.  This year it revealed little of that process, and only a few of the Trump administration’s recent foreign policy successes were highlighted, as if the message was designed from the first minute as an election campaign speech or even prepared for use in campaign advertisements.

Trump touched on his Middle East successes establishing diplomatic relations between the Gulf states and Israel, the so-called Abraham Accords,  and the recent Serbia-Kosovo agreement on economic cooperation signed at the White House this month but said absolutely nothing about the turmoil in the Eastern Mediterranean that US officials in the region repeatedly claim is a top priority for the Trump Administration.  He found a few seconds to mention Iran’s ongoing nuclear program and his hopes to get troops home from Afghanistan.

The amount of criticism focused on China, with no mention of Russia at all, was exceptional and again generated the image of an election campaign speech. He told the UN it needed to “hold China accountable” for its handling of the COVID-19 crisis and zeroed in on Chinese travel policies early in the crisis which he claimed allowed travelers from China to “infect the world” while domestic travel was tightly locked down.

Reverting to his now-standard anti-globalist world view, Trump told world leaders they should be pursuing their own versions of his “America first” policies to defend their national interests, and that the UN would be relevant to the world if further reformed, but not allowed to supplant those national interests.

6 Problems with our School System