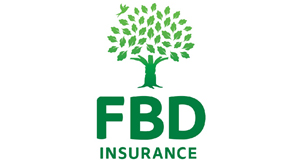 An executive with FBD insurance has told the High Court that he was in error when he told a publican that its business disruption policy for bars covered losses caused by the Covid19 outbreak.

Paul Shanahan who is a Business Development Executive with FBD accepted that he told Mr Noel Anderson the managing director of ‘The Lemon and Duke’ bar restaurant in early March that FBD’s policy covered business disruption losses caused by Covid19.

Mr Anderson, whose partners in the bar/restaurant include Irish rugby players Sean O’Brien, brothers Dave and Rob Kearney, and Jamie Heaslip, told the High Court on Tuesday that he switched to FBD because he had heard its policies covered coronavirus.

Mr Shanahan accepted that he informed Mr Anderson in an email in early March that its policy covered losses that may arise due to Covid-19 in the event of a forced closure.

However, Mr Shanahan said he learned, after a meeting occurred with publicans’ representatives and senior FBD staff on March 17th last, that this was not the case.

On realising his error that FBD’s Public House Policy did not cover Covid-19 he said he became very concerned.

He informed Mr Anderson about the FBD’s stance, and said he sought guidance from his line manager how to deal with the Lemon and Dukes business interruption claim, which was to be handled by FBD’s claims management section..

Mr Shanahan was giving evidence before Mr Justice Denis McDonald the second week of tests cases brought by four pubs arising out of FBD’s refusal to indemnify them for the disruption to their businesses due to Covid-19.

Mr Shanahan said that the last number of months had been stressful for him and nothing like this have ever happened to him before.

Under cross-examination from Michael Cush SC for one of the pubs involved in the action Mr Shanahan said there was “no attempt to pull the wool over anyone’s eyes” in relation to the policy.

He said that based on conversations with colleagues he had no reason to think that cover for Covid-19 was not available under the policy.

He added that he would never have told a customer they were covered under a policy when they were not.

When asked by Counsel if he was still had the same concerns, which were expressed in an e-mail to a colleague, that FBD may have mis-sold the policy he replied “that is in my statement.”

In her evidence to the court FBD’s Chief of Underwriting Kate Tobin said there had been some confusion within the insurer in relation to cover.

While some had believed that cover was available ultimately the company took the position that it was not covered.

In her evidence she said that FBD did not decline to provide cover on the basis it could afford to pay, but rather on the basis if the event claimed was covered in the policy.

In reply to his counsel Eoin McCullough SC he said that the pub has been closed since March 15th last when the government ordered businesses to close.

The well-known bar, which is in the Guinness Book of records for being the oldest Pub in Ireland, does not do food and could not re-open last June.

While plans had been put in place to re-open in recent weeks, they were put on hold for reasons including that the announcement of further restrictions, and staffing difficulties.

Under cross examination Mr Byrne said that during the lockdown a lot of works were carried out at the pub, but he did not know what the future holds for the business given the current situation.

The actions have been taken by Dublin bars Aberken, trading as Sinnotts Bar; Hyper Trust Ltd, trading as ‘The Leopardstown Inn’ and ‘Inn on Hibernian Way’ Ltd trading as Lemon & Duke and the owner of Sean’s Bar.

They claim that under their policies of insurance taken out with FBD they are entitled to have their consequential losses covered by what they claim is an insurable risk.

They also claim that the insurer is in breach of contract.

The publicans claim the policies taken out with FBD have a clause that states the pubs will be indemnified if their premises were closed by order of the local or Government Authority if there are “Outbreaks of contagious or infectious diseases on the premises or within 25 miles of same.”