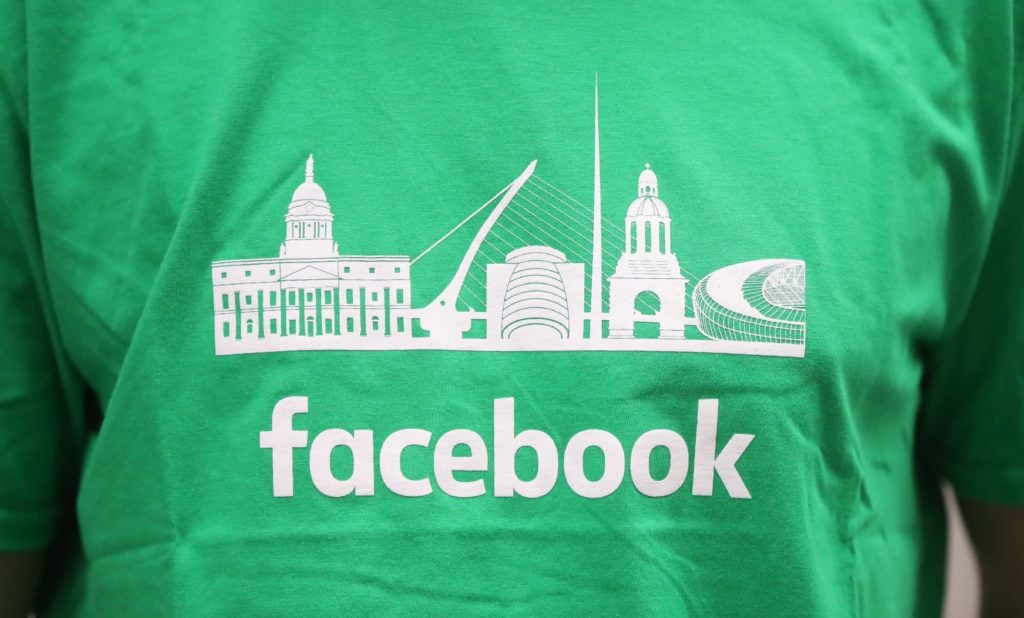 The chief reason for the sharp increase in corporation tax is Facebook Ireland agreeing in October 2020 “to the resolution of certain tax matters with tax authorities relating to prior tax years”.

The note states that this resulted in additional taxes due of €53 million.

The note points out that the tax liability is recognised for the 2019 accounts along with a related interest liability and expense of €27 million.

The revenues generated by Facebook Ireland last year account for 59% of the social media giant’s global revenues of $70.6 billion in 2019.

The company last year paid out €201 million in salaries which equates to an average salary of €103,443.

The salary total of €201m doesn’t include €58.49m in share based payments and €34m in other benefits to employees.

Facebook Ireland’s staff here are made up of sales and marketing – 740, community operations – 512, administration – 448 and engineering 244.

The directors state that the revenue increase was due to growth in advertising revenues from third party customers.

The company last year paid a dividend of €15 million.

On the impact of Covid 19, the directors state that it has continued business operations with limited disruption and has remained engaged in performing its principal activities.

At the end of 2019, Facebook Ireland’s shareholder funds totalled €2.23 billion that included accumulated profits of €1 billion.

Kingspan profits drop 13% as it expects economy to remain weak

Best Homeschool Memes and other Education Law News and Updates |...

Today's HealthNews For You Probiotics and Arthritis

House buyers look outside the cities as remote working grows