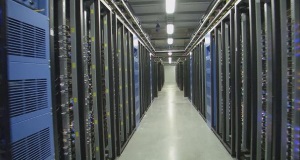 Facebook has significant concerns about its ability to deliver its services to 400 million European users after the Data Protection Commissioner’s decision on the transfer of data to the social media giant’s US parent, the High Court has heard.

Late last month the Data Protection Commissioner (DPC) informed Facebook Ireland, which is the EU HQ of Facebook and Instagram platforms of a preliminary draft decision that personal data should not be transferred to the US parent Facebook Inc.

Facebook Ireland, represented in court by Declan McGrath SC seeks to have that decision quashed.

At the High Court on Monday Mr McGrath said on August 28th the DPC informed Facebook that it had opened an inquiry in light of a judgement from the Court of Justice of the European Union handed down last July.

This came as a surprise to Facebook as it had not been aware of the inquiry prior to the communication.

The CJEU, in proceedings involved the DPC, Facebook and data protection activist Max Schrems ruled that a key arrangement designed to protect EU citizens’ personal data when it is transferred to the US is invalid.

The DPC said it had arrived at a draft preliminary decision that data transfers outside of the EU should be suspended as they were made in circumstances which fail to guarantee a level of protection to data subjects equivalent to those provided for in EU law.

Counsel said that this view if adopted would have “extremely significant adverse effects on Facebook, its business and many millions of users.”

Counsel said the challenge aimed at quashing the decision has been brought on several grounds including that there was a failure by the DPC to conduct an inquiry before it reached its decision.

It was also concerned that the DPC had prejudged or prematurely judged the matter, and has taken irrelevant matters into account.

In its action Facebook Ireland seeks orders against the DPC quashing the Commissioner’s preliminary draft decision in relation to the data transfer, and the decision to commence an inquiry under the 2018 Data Protection Act.

Facebook Ireland also seeks various declarations including that the DPC has acted unlawfully, has failed to carry out its functions, and has departed from its publicly declared procedures.

It further seeks a declaration that the DPC has acted disproportionally and in breach of Facebooks right to fair procedures under the Irish Constitution, GDPR, ECHR EU Charter of Fundamental Rights

Permission to bring the challenge was granted, on an ex-parte basis, by Mr Justice Charles Meenan. The judge said he was further satisfied to put a stay on the DPC’s probe, pending the outcome of the action.

The DPC, the judge added could apply on notice to Facebook, to seek to have that stay lifted.

The matter will return before the court in November.

Guns drawn inside US Capitol as pro-Trump rioters invade