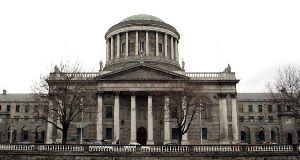 The High Court has confirmed the appointment of an examiner to two companies in the Keating group of specialist marine and general engineering companies.

Noting some creditors had raised “significant” issues about conduct of the companies, he directed the examiner to see if there was any basis for two issues – whether the companies traded for some months while insolvent and whether a July 2019 loan transaction breached the Companies Act.

LMK, the main trading company in the Keating group, employed 150 people up to last June but currently has 91 full time employees, of whom 45 are temporarily laid off.

KRS supplies plant and machinery exclusively to LMK’s projects and has no direct employees.

The judge had on October 3rd appointed Mr Wallace as interim examiner.

In seeking protection, Kelley Smith SC, for the companies, said they were traditionally profitable but, due to factors including cessation of works due to the Covid 19 pandemic, they were, or are likely to be imminently, cash flow insolvent.

She said other factors leading to the application included loss-making contracts, the short term lack of new work available in the industry and the impact of sales transactions with the companies’ founder Louis Keating, resulting in €5.5m cash having been extracted from the companies by Mr Keating.

Some 600 trade creditors were owed a combined €9.9m at the end of August and significant pressure from some of those had led to the application. The companies’ projections for the year ending December 2020 revealed a revenue decrease of about 70 per cent and a total EBITDA loss for the year of some €3.6m, she added.

When the matter returned on Monday, 10 creditors, represented by various lawyers, expressed various concerns. Some adopted a neutral position on examinership but four, represented by Roger McGreal BL, objected on grounds including concerns about the 2019 loan.

Gerard Hussey BL, for O’Sullivan Engineering Ltd, the largest trade creditor owed some €417,000, said his client also had concerns about the conduct of the companies business but was “ambivalent” about examinership. If the companies went into liquidation, his client would “get nothing”.

Ms Smith, responding to the creditors’ complaints, said LMK had made “no secret of the fact it was in financial distress”, had got an interest free loan in February and had sought protection following moves by creditors. There was no unlawfulness concerning the 2019 loan transaction, she said.

In response to a complaint by one creditor, Drimoleague Concrete Works Ltd, over some content of the petition, she accepted there was no impropriety in a judgment obtained by that firm.

The evidence is the companies have a reasonable prospect of survival and creditors will do “significantly worse” if they are liquidated, counsel added.

In his ruling, the judge said it was clear the companies have been suffering for some time in relation to financial stability and are unable to pay their debts.

The report of the independent expert in this case was, unlike most such reports, “very detailed” and formed a proper basis for the court to conclude both companies had a reasonable prospect of survival subject to factors outlined, he said.

Those factors met the statutory criteria for examinership but some creditors had raised significant issues which the court could not, in the absence of evidence, address at this stage, he said. Two issues – whether the companies had traded while insolvent and the July 2019 loan transaction – were best addressed by the examiner, he directed.

There was insufficient evidence to direct the examiner to address another issue, concerning the establishment of another company in England by some of the LMK directors and it was for Mr Wallace to decide whether that should be addressed, he added.

Aspirin and breast cancer risk: How a wonder drug may become...

Wondering about COVID-19 vaccines if you’re pregnant or breastfeeding?

3 simple steps to jump-start your heart health this year –...

Children, teens, and the safety of psychotropic medicines – Harvard Health...