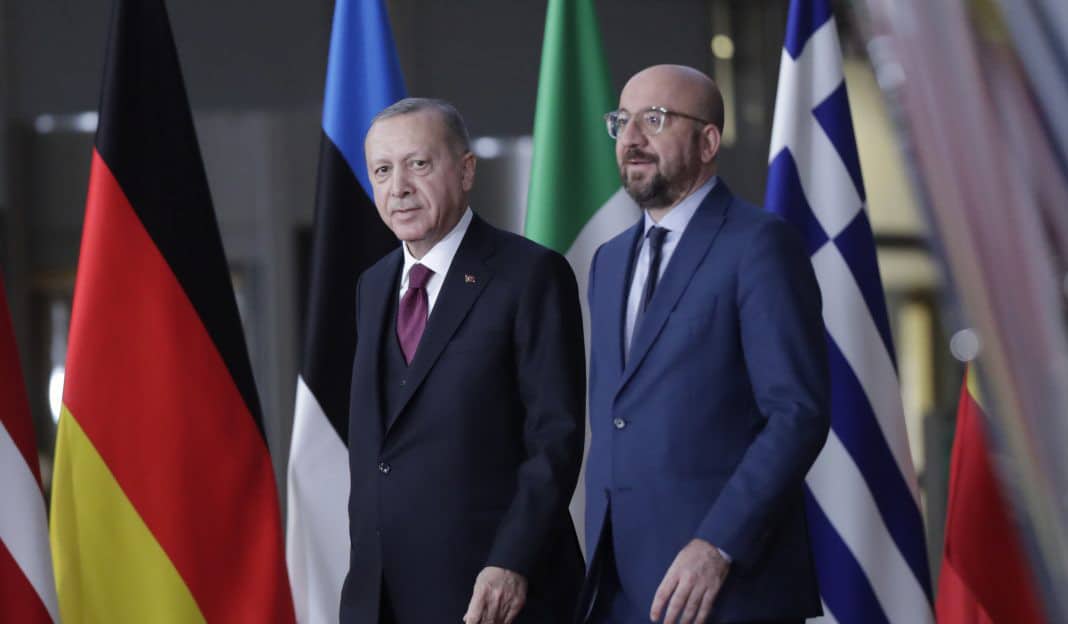 During the phone call, Erdogan called on the EU to keep an “impartial” stance on regional tensions, citing that the bloc’s response to the developments in the Eastern Mediterranean would be “a test of sincerity from the perspective of international law and regional peace.”

According to a statement by the Turkish President’s office, he “invited EU institutions and member states to be fair, impartial and objective and to act responsibly on regional issues, particularly the eastern Mediterranean.” On his part, the EU Council President stressed the importance of de-escalating tensions, and urged Turkey to cease activities in the region that further provoke tensions with Greece.

The bilateral discussion followed a statement by NATO’s chief, Jens Stoltenberg, who said on Thursday that Greece and Turkey had agreed to enter into technical talks to avoid accidental clashes in the region.

“Following my discussions with Greek and Turkish leaders, the two allies have agreed to enter into technical talks at NATO to establish mechanisms for military deconfliction to reduce the risk of incidents and accidents in the Eastern Mediterranean,” the NATO Secretary-General tweeted.

While Ankara quickly welcomed the statement, Athens refuted it, citing that the only way to de-escalate tensions would be through the immediate removal of all Turkish ships from the Greek waters.

Erdogan’s provocations escalated on Saturday, with the Turkish President saying that Greece ‘will either understand the language of politics and diplomacy or on the field through bitter experiences.”

Athens has been at loggerheads with Ankara in particular after the latter deployed in July its research vessel Oruc Reis accompanied by navy ships, to conduct preparatory work for hydrocarbons exploration in the territorial waters of Greece.

With EU’s top diplomat, Josep Borrell set to present a wide set of options in case negotiations with Turkey fail, EU leaders are scheduled to meet for an EU summit on the Eastern Mediterranean on September 24-25.