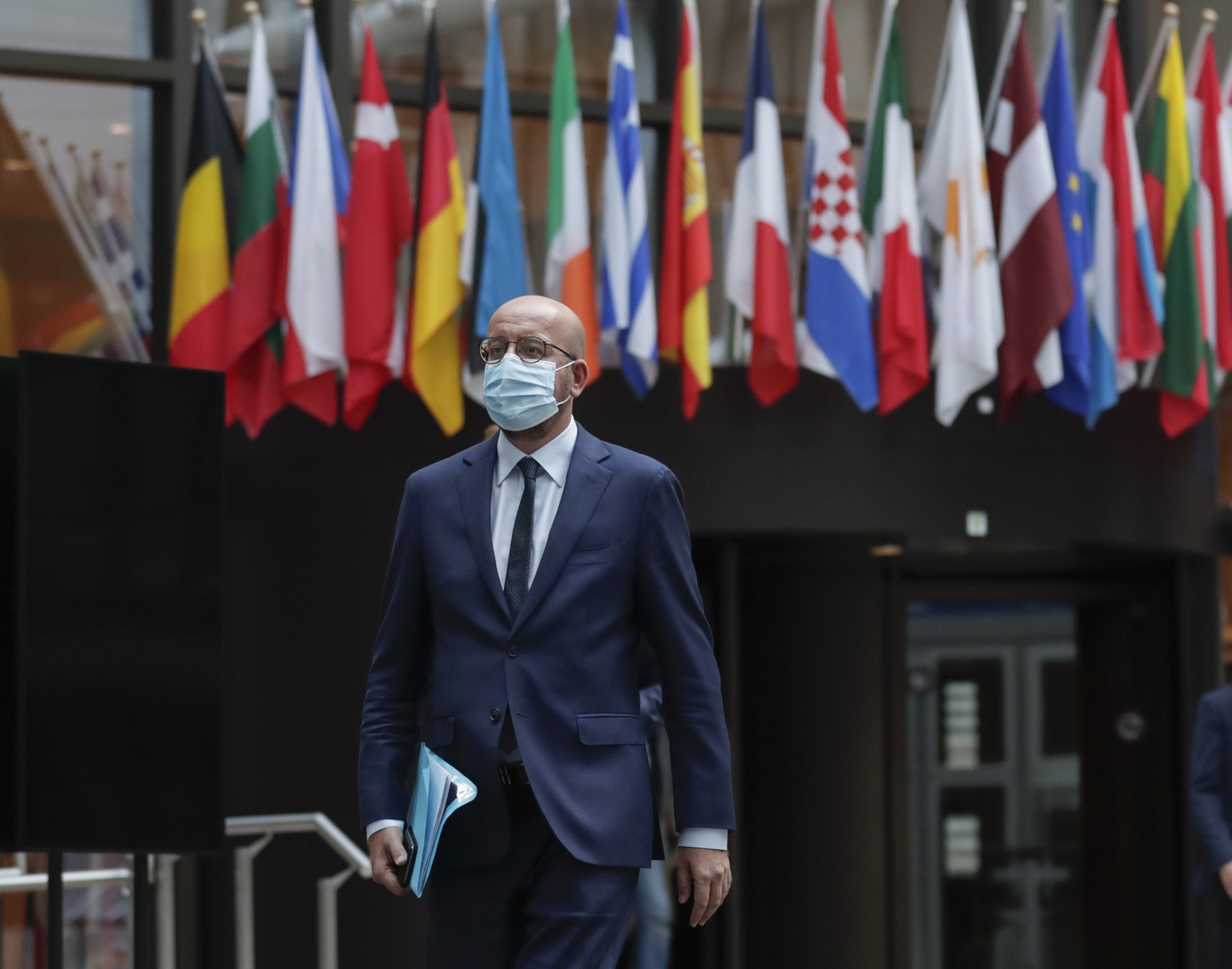 Europe’s leaders have decided to “shortly” impose sanctions against a “substantial” number of individuals responsible for violence, repression and the falsification of election results that showed long-time ruler Aleksander Lukashenko winning a sixth term as Belarus’ President.

In a common statement issued on Wednesday, following an emergency EU summit on the post-election crackdown in Belarus, EU leaders said that elections in the country were neither free nor fair, and therefore they do not recognise the results.

“We call on the Belarusian authorities to find a way out of the crisis through an end to violence, de-escalation, and an inclusive national dialogue. Only a peaceful and democratic process, underpinned by independent and free media and a strong civil society, can provide sustainable solutions,” reads a statement by EU leaders.

“We support the Belarusian people in the path the want to choose, they are free to decide and determine how they want to see the future of Belarus,” the Commission’s chief, Ursula von der Leyen said during a press conference after the virtual summit, pledging EU’s support to the people of Belarus, as massive protests against Lukashenko entered the 11th day in the capital, Minsk.

The Commission also announced it will provide €53 million to support the people of Belarus, of which €2 million will be mobilised to assist victims of repression and state violence, €1 million to support civil society and independent media, and €50 million will be provided in the form of coronavirus emergency support for the country’s health sector, social services and businesses.

“We do not tolerate impunity,” said EU Council President, Charles Michel, adding that “the protests in Belarus are not about geopolitics. This is about the right of the people to freely elect their leadership.”

Michel also commented on Russia’s backing of Lukashenko, saying that external negative influence should be avoided, as Vladimir Putin on Monday offered military help to incumbent Belarusian president, if necessary to secure the country’s safety.

Following the leaders’ meeting, German Chancellor Angela Merkel said that she cannot see a role for herself as a mediator in Belarus, as Lukashenko had refused all requests for a phone call, Reuters reported.

“I don’t see a role for myself as a mediator at the moment since Lukashenko refused to talk to me, which I regret,” Merkel said before adding that “from our side, we will do everything to push for a national dialogue.”

Putin warned Western leaders not to interfere in Belarus, citing that the crisis in the country could escalate if “external actors tried to meddle in the republic’s internal affairs.”

Sunday’s massive protests in Minsk
Over 200,000 took to the streets on Sunday in the Freedom March to protest against the outcome of August 9 elections. Sunday’s rally was the biggest demonstration so far against what protesters said was a rigged election that gave Lukashenko over 80% of the vote, whereas his rival, Svetlana Tikhanovskaya got just 9.9%.

Some 7,000 protesters have been detained by authorities in the post-election crackdown, with hundreds injured and at least two killed, local media reported. The interior ministry said there were no arrests at the rallies.

Lukashenko has rejected calls for repeating the vote, saying that “If we follow their lead (and rerun the election), we will perish as a state.”

Former Aer Lingus chief calls for quarantine to be replaced by...

No fall in student rents amid ongoing lack of supply

Today's Chiropractic HealthNews For You -5 Things To Know About Face...