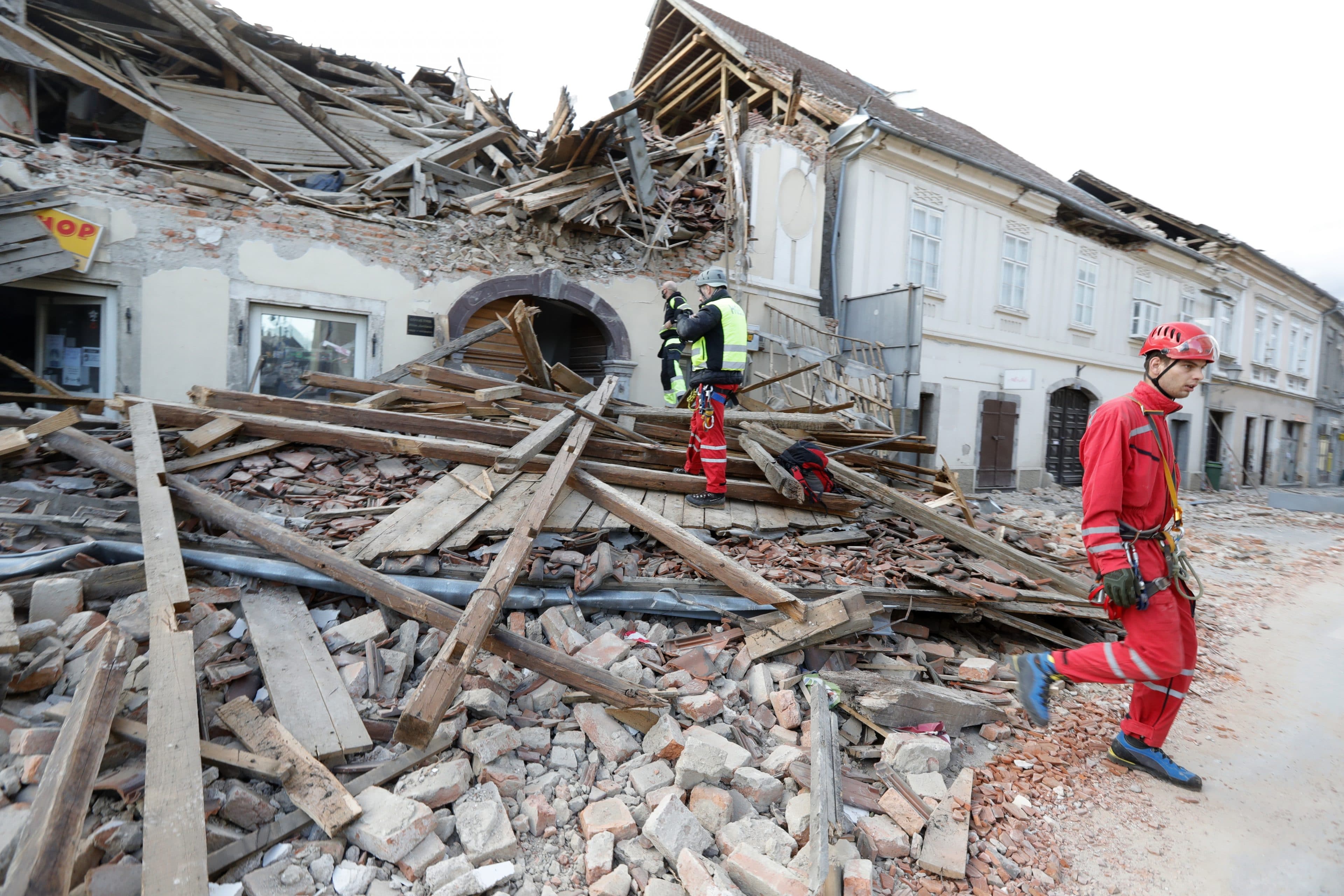 The European Union has mobilised its Civil Protection Mechanism to help Croatia in the aftermath of a magnitude 6.4 earthquake that struck the central part of the country on Tuesday.

Less than 24 hours after a magnitude 5.2 earthquake hit southeast of the capital Zagreb, a stronger one of 6.4 magnitude followed, causing major damage to Petrinja, a town close to its epicentre. At least seven people are known to have died from the earthquake and according to Croatian police, at least 20 people were injured, while a 12-year-old girl was killed in Petrinja and at least five people in a nearby village.

“The biggest part of central Petrinja is in a red zone which means that most of the buildings are not usable,” Plenković said, as the tremors caused severe damage to buildings and homes. The Croatian military has been deployed to help with the rescue operation.

Two of EU’s Commissioners, Dubravka Suica and Janez Lenarcic on Wednesday traveled to Zagreb, where they met with Plenkovic. Earlier in the week, the Commission’s chief, Ursula von der Leyen had tweeted that the EU was standing “ready to support,” Croatia, adding that she would ask the bloc’s Crisis Commissioner to travel to the country “as soon as the situation allows.”

After another powerful earthquake in Croatia, the 2nd in the past 2 days, I spoke with Prime Minister @AndrejPlenkovic again.

We are ready to support. I have asked @JanezLenarcic to stand ready to travel to Croatia as soon as the situation allows.

We stand with Croatia.

Along with the Emergency Response Coordination Centre, the EU’s Copernicus emergency management service is also assisting the country, by helping to provide damage assessment maps of the affected areas.

Tui cancels Lapland holidays over fears ‘magic’ would be lost due...

'(Trump's) version of American politics is his version of hunger games':...