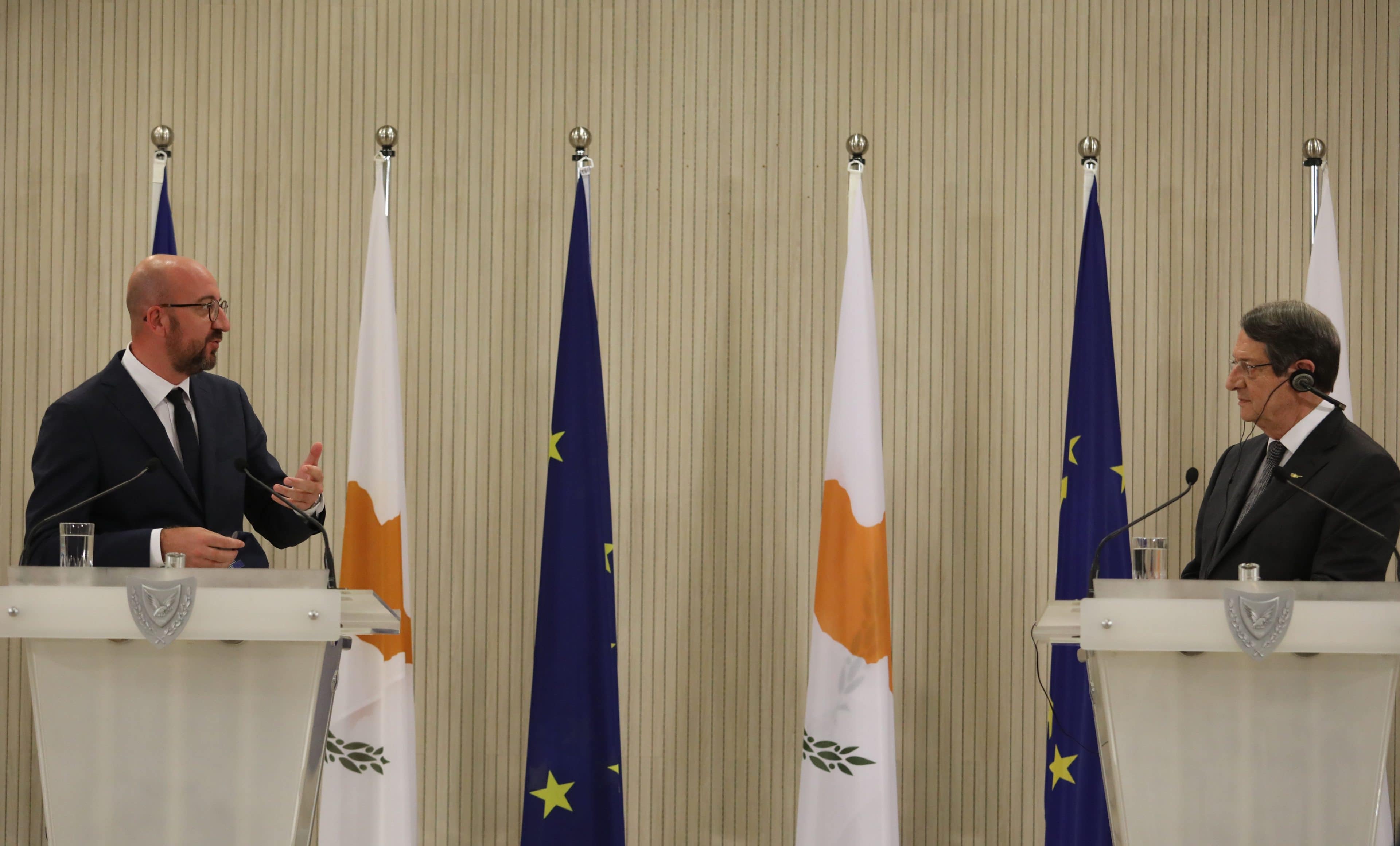 EU Council President Charles Michel on Wednesday pledged that the EU will defend the interests of Cyprus amid “worrying developments” in the Eastern Mediterranean.

Michel’s visit came ahead of an extraordinary summit on the Eastern Mediterranean, scheduled for September 24-25, where EU leaders are urged to deliver “clear messages” to Ankara over its illegal drillings in the region.

“As long as there are illegal actions against member states, the EU’s response should be immediate,” Anastasiades said.

It also came a day after Turkey extended the operations of its Yavuz energy drill ship in the area off Cyprus until October 12, in a move that could stir tensions in the Eastern Mediterranean.

“Yesterday, unfortunately a Turkish NAVTEX to expand illegal drilling by the Yavuz vessel was extended when at the same time, a series of initiatives are ongoing that seek an end to Ankara’s unlawful actions and de-escalation,” Anastasiades said after the meeting with Michel.

With the Cypriot President saying the country is ready to enter dialogue with Ankara, “but not under threats,” Michel said the bloc should work towards a common objective; “to ensure respect for the principles of international law and also to ensure respect for more stability and more security, which must be a priority shared by each of us.”