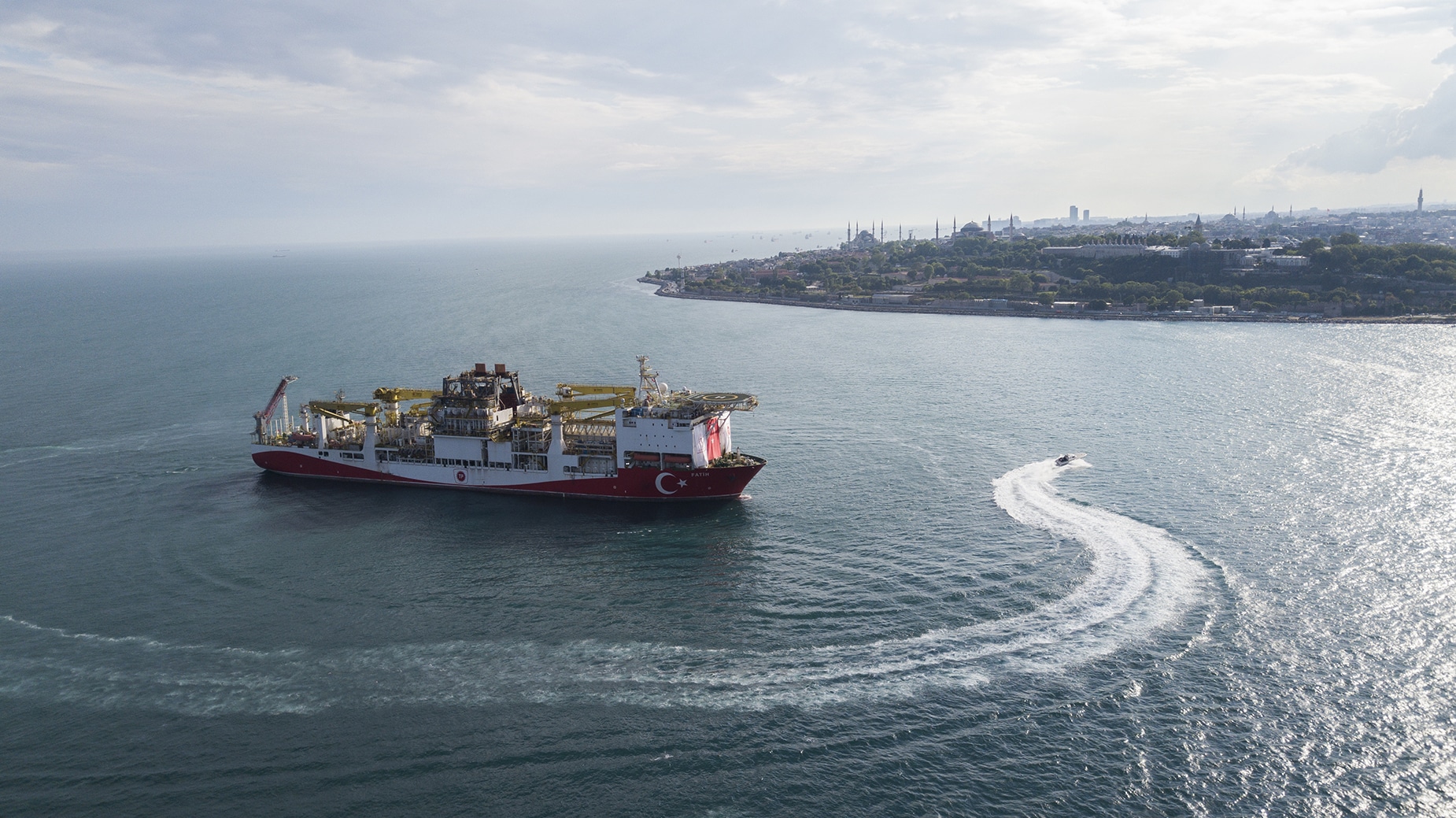 Turkish President Recep Tayyip Erdogan said on August 21 his country has discovered significant natural gas resources in the Black Sea.
Turkey has carried out the largest natural gas reserve exploration in the Black Sea, Daily Sabah quoted Erdogan as saying, adding that some 320 billion cubic metres of natural gas was discovered in the Black Sea’s Tuna-1 zone. “The newly discovered reserves are only a piece of a larger resource,” and the country “will continue to discover more in the near future,” Turkey’s pro-government newspaper quoted him as saying.
The announcement came after Erdogan said on August 19 that he had “good news” that will open a “new period” for Turkey.
Turkey’s drilling ship Fatih has been operating since late July in an exploration zone known as Tuna-1, about 100 nautical miles north of the Turkish coast in the western Black Sea.
Turkey, which relies on gas imports especially from Russia to meet its energy needs, has been exploring for hydrocarbons in the Black Sea and in the East Mediterranean – where its survey operations in disputed waters have drawn protests from Cyprus and Greece.
TPAO had moved the Fatih drillship, which was the first to drill in waters that are internationally recognised as belonging to Cyprus in the East Med, into the Black Sea.
Fatih has been carrying out activities in the mouth of the Danube block in the crossroads between Bulgarian and Romanian maritime borders within the inland waters of Turkey.
According to Daily Sabah, Turkey’s first seismic vessel, Barbaros Hayrettin Paşa, had earlier carried out seismic surveys in the Black Sea and had identified rich reserves of natural gas in the Danube block in the Turkish waters of the Western Black Sea. Romania and Bulgaria have been producing oil and gas for many years in the Danube block. The newspaper noted that the 229-metre-long vessel, which weighs 5,283 gross tons, is capable of drilling to a maximum depth of 40,000 feet.

‘Billionaires shouldn’t exist’ mood getting traction in US politics

Why Europe may come to miss Donald Trump

How America continues to fail the health care workers battling the...