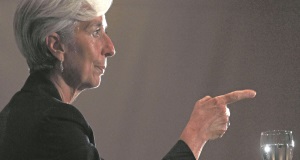 The European Central Bank (ECB) is exploring the pros and cons of introducing a digital euro to complement cash and will publish its findings in the coming weeks before launching a consultation, ECB President Christine Lagarde said today.

Major central banks across the world are studying the creation of officially sanctioned digital currencies to fend off competition from Bitcoin and other crypto tokens.

Ms Lagarde said a digital euro would be useful for retail users increasingly ditching banknotes for digital payments but added the Eurosystem, which includes the ECB and the euro zone’s 19 central banks, had made no decision on the matter.

“We are exploring the benefits, risks and operational challenges of doing so,” she told a Bundesbank conference.

“The findings of a Eurosystem taskforce are expected to be presented to the public in the coming weeks, followed by the launch of a public consultation.”

She highlighted some of the dangers involved, such as hollowing out the banking sector and crowding out private sector solutions.

An ECB paper earlier this year proposed some solutions, such as offering a tiered remuneration rate on deposits at the central bank to make them less attractive.

Sweden’s Riksbank has been testing its e-krona for months and the People’s Bank of China is also running a trial on a ride-hailing platform.

But cash use is still prevalent in Germany and other euro zone countries, meaning the appeal of a CBDC was weaker in the euro zone.

Today's Chiropractic HealthNews For You – Neck Pain in Children

Legal claim by Bill Cullen on Kerry property must be removed,...

How 2021 was celebrated around the world – BBC News