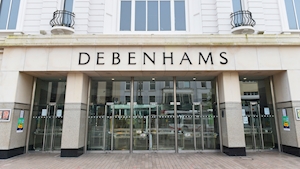 Debenhams is to increase its redundancy offer to staff by €1 million after more than five months of negotiations.

The liquidators of the department store will also pay staff one third of any profit from the sale of stock.

Staff have been picketing outside the company’s 11 Irish stores since they closed last April.

The deal is to be put to a ballot of Mandate trade union members and is subject to the pickets being removed.

According to the Mandate website, finalised details regarding the offer will be sent to workers early next week before the ballot.

In a release published on their website today, Mandate said: “The protracted and complex nature of a very difficult set of negotiations has resulted in a potential settlement offer which is expected to include a financial settlement offer as well as guaranteed employment for a number of Debenhams staff as a new leaseholder takes control of at least three stores.”

General secretary of Mandate, Gerry Light praised the unions members for their commitment to securing an improved redundancy deal.

“This deal was only made possible because of the resilience and determination of our Debenhams members who have stood on picket lines through hail, rain and even storms over the last four months.

“They have lobbied, protested and raised consciousness of their plight through the media. They are a credit to their union and to themselves,” said Mr Light.

He also added that workers should never have been placed in this situation, calling on Government action to change existing legislation.

“We have met with government representatives and have received assurances from them that they will give serious consideration to the early implementation of new legislation along the lines of the recommendations of the Duffy/Cahill report which was produced by the last government as a solution to the Clery’s dispute which had many similarities.

“We’ve seen it time and time again where employers walk away from their responsibilities and leave the State picking up the tab when they enter liquidation. Enough is enough. We need to see meaningful political action and changes to legislation immediately,” he added.

Kyrgyzstan passes the acute period of COVID during 3 weeks

INM inspectors ‘have not made up their minds on anything’, High...