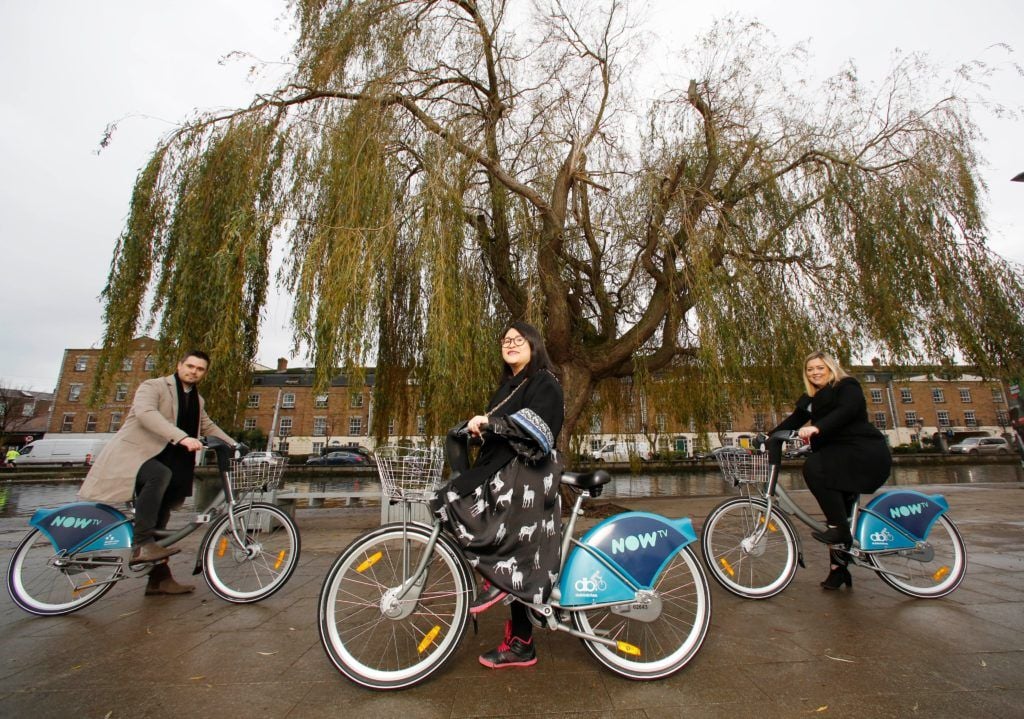 Dublinbikes plans to launch a new app that will allow users to release a bike from their smartphone for the first time.

The city’s public bike hire scheme also announced Now TV as its next sponsor, with the streaming service securing joint naming rights in a deal worth €2.25 million over three years.

The bikes and stations will be branded as NOW TV dublinbikes from January 19th, 2021, alongside the launch of the new app.

“Sponsorships like this don’t come up every day,” she said.

Other new features are promised under a plan to modernise the scheme and make it more accessible.

“The Dublinbikes scheme has been a huge success since it was launched back in 2009 and continues to go from strength to strength,” said Lord Mayor of Dublin Hazel Chu.

“Cycling is getting more popular every day, especially since the onset of Covid-19, and Dublin City Council is keeping pace by continuing to roll out cycling infrastructure throughout the city.”

There are currently 1,600 bikes available to hire under the scheme from 117 stations around Dublin. As of November 30th, it had 55,138 long-term subscribers, while more than 31 million journeys have been taken using the bikes since the scheme’s launch.

The average duration of the journeys so far this year is 17 minutes and almost all journeys – 94 per cent – have been free. Use of the scheme since 2009 is estimated to have reduced carbon emissions by 8,014 tonnes.