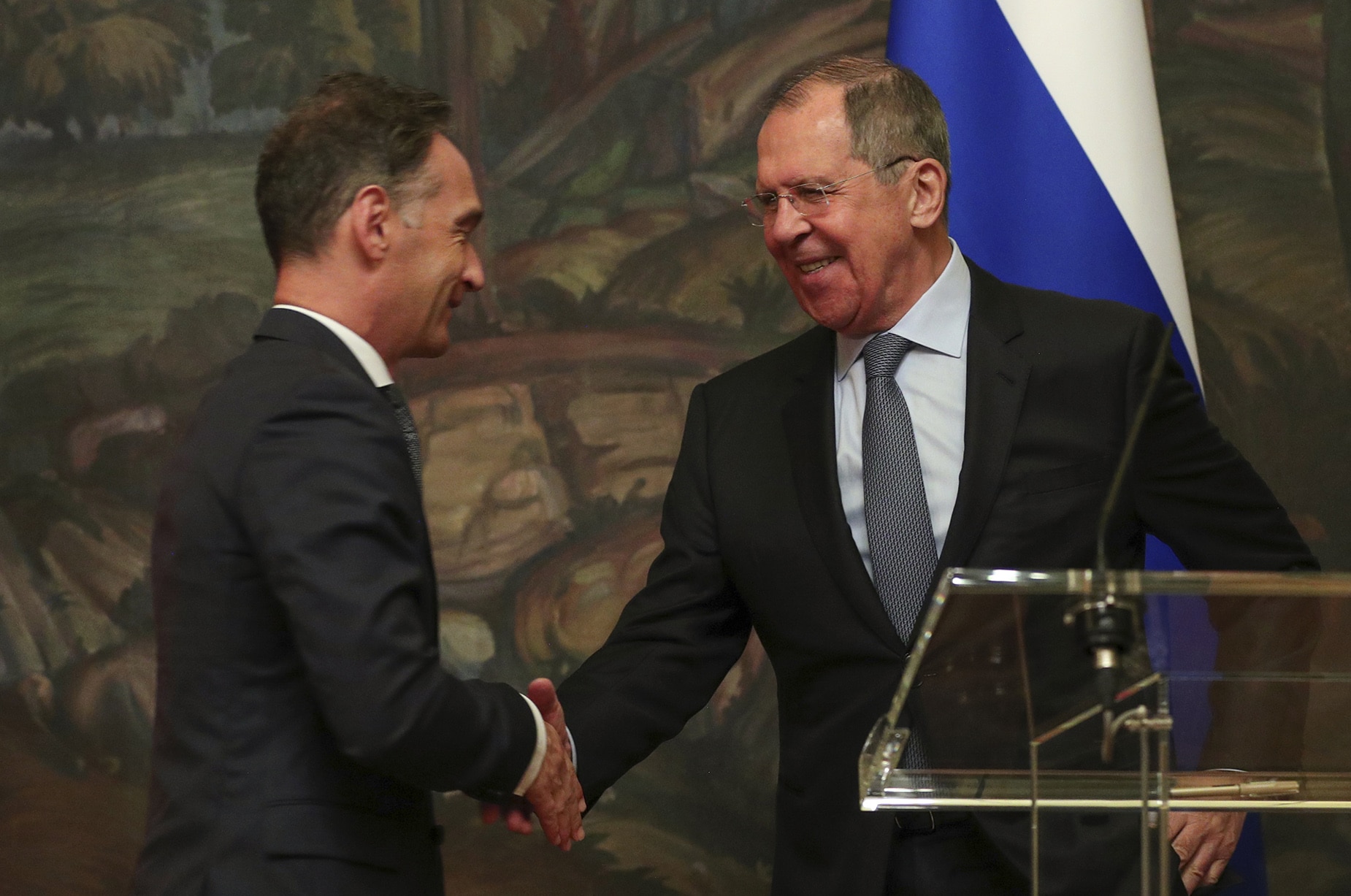 Despite the frictions that have strained relations between Berlin and Moscow, German Foreign Minister Heiko Maas and his Russian counterpart Sergey Lavrov on August 11 emphasised the countries’ shared interests, including the construction of the controversial Nord Stream 2 pipeline intended to carry Russian natural gas to Germany under the Baltic Sea.

Washington vehemently opposes the project, owned by Russian gas company Gazprom, and threatened it with sanctions, arguing that it would increase Germany’s already strong dependence on Russian energy and calling on Berlin to prefer US liquified natural gas (LNG) exports to Europe.

A letter recently sent by US Senators Ted Cruz, Tom Cotton and Ron Johnson to the operators of the Murkan Port on the island of Rugen in the Baltic Sea threatened the port’s managers with tough sanctions if they continue to assist Russian vessels constructing the final sections of Nord Stream 2.

In their letter, the three Republican senators accuse port operator Faehrhafen Sassnitz of “knowingly providing significant goods, services, and support” for the project, DW reported, noting that along with storing sections of pipe, the port serves as a logistic and service center for ships constructing the German end of the pipeline. These include the Russian-flagged vessels Fortuna and Akademik Cherskiy, which have yet to begin their work, but will become sanctionable, the instant that either vessel dips a pipe into the water to construct the Nord Stream 2 pipeline, according to the letter. DW quoted the senators as saying the letter served as “formal legal notice,” and demanded that Faehrhafen Sassnitz, which is owned by the town of Sassnitz and the state of Mecklenburg Western Pomerania, “cease activities” supporting the construction of the pipeline, or face “potentially fatal measures” that will cut the port’s commercial and financial ties with the US.

“We are aware of the letter sent to Fährhafen Sassnitz GmbH in which US senators demand that the company stop all works for Nord Stream 2,” Nord Stream 2 Coordinator Government Relations Adrian Schaffranietz told New Europe on August 14.

Katja Yafimava, a senior research fellow at the Oxford Institute for Energy Studies, told New Europe on August 14 that it would be difficult to impose sanctions on Faehrhafen Sassnitz, which operates the Mukran port, under existing Countering America’s Adversaries Through Sanctions Act (CAATSA) legislation, “not in the least because it envisages ‘coordination with allies’ in imposing sanctions and the EU has just now lodged the note of protest against the application of any extraterritorial sanctions; this note was supported by 24 EU member states i.e. almost everyone”.

She added that if the US decides to go ahead and sanction Faehrhafen Sassnitz either under CAATSA or under the proposed Protecting Europe’s Energy Security Clarification Act (PEESCA), if and when adopted, “I would expect the EU to add this legislation to its ‘Blocking Statute’ Regulation Annex. This Regulation prohibits the EU companies to comply with any extraterritorial sanctions imposed under a third country legislation listed in the Annex. This Regulation also says that any damages suffered by the EU companies as a result of non-compliance with such sanctions would have to be compensated by the party which have caused those damages”.

In December 2019, Washington passed the Protecting Europe’s Energy Security Act, targeting companies working on Nord Stream 2. Swiss-Dutch Allseas, which was laying the 1,230-kilometre pipeline using two vessels – Pioneering Spirit and Solitaire, suspended operations due to US sanctions targeting companies providing vessels laying Nord Stream 2 pipes. Gazprom plans to finish the final stretch of the pipeline, which is approximately 120-kilometres in Danish waters, using pipelaying vessels with anchors as they are not affected by US sanctions.

On August 11, Maas noted the importance of Germany’s strong ties with Washington but criticised Washington’s approach as inappropriate. He said it was Germany’s sovereign decision to choose its energy suppliers. “This (the transatlantic relationship) goes deeper than just day-to-day developments, yet we must make it very clear that sanctions between partners are definitely the wrong way, and ultimately it remains our sovereign decision where we get our energy from,” AP quoted the German Foreign Minister as saying. “No state has the right to dictate Europe’s energy policy with threats, and this also will not work.”

For his part, Lavrov said Nord Stream 2 stands to be completed this year despite Washington’s efforts to halt the project.

Justin Urquhart Stewart, director and co-founder at Regionally in London told New Europe by phone on August 14 that US opposition to Nord Stream 2 is causing a level of angst between Berlin and Washington. “But a lot of it very frankly will be related to the attitude coming from (US President Donald J.) Trump and so that’s what you are hearing at the moment. It’s those senators trying to be seen taking a more aggressive but external stance but the audience is domestic. So, I don’t think you will get much reaction from (German Chancellor Angela) Merkel on the basis it’s only a threat at the moment and she’s unlikely to react to the threat only if it started actually becoming real action you will start seeing a proper breakdown in relations,” Urquhart Stewart said.

The London-based expert said Nord Stream 2 will be competed because both Russia and Germany wanted it done. He noted that Germany wants to have direct access to Russian gas supplies but at the same time not be totally dependent on Moscow. “They want to make sure they have security of supply not just total dependence on Russia,” Urquhart Stewart said. “They (Germany) got rid of nuclear but their green developments have been very significant” he said. “So, Germany and Russia will want to have it completed and the American senators are playing populist politics with the election coming up in the autumn,” he added.

Moreover, these sanctions would also undermine investments of approximately €12 billion in EU energy infrastructure, i.e. approx. €8 billion in investments in Nord Stream 2 as well as a further €3 billion euros in investments by European companies in downstream infrastructure in Germany and €750 million in the Czech Republic, Schaffranietz said, adding that this infrastructure has been constructed to transport the Nord Stream 2 gas throughout the European market. “Efforts to obstruct this critical work reflect a clear disregard for the interests of European households and industries, who will pay billions more for gas if this pipeline is not built, and the European Union’s right to determine its own energy future,” he argued, adding, “Decisions about European Union energy policy should be left to Europeans”.

Scalable code without bloat: DCI, Use Cases, and You

There was a business executive who was deep in debt