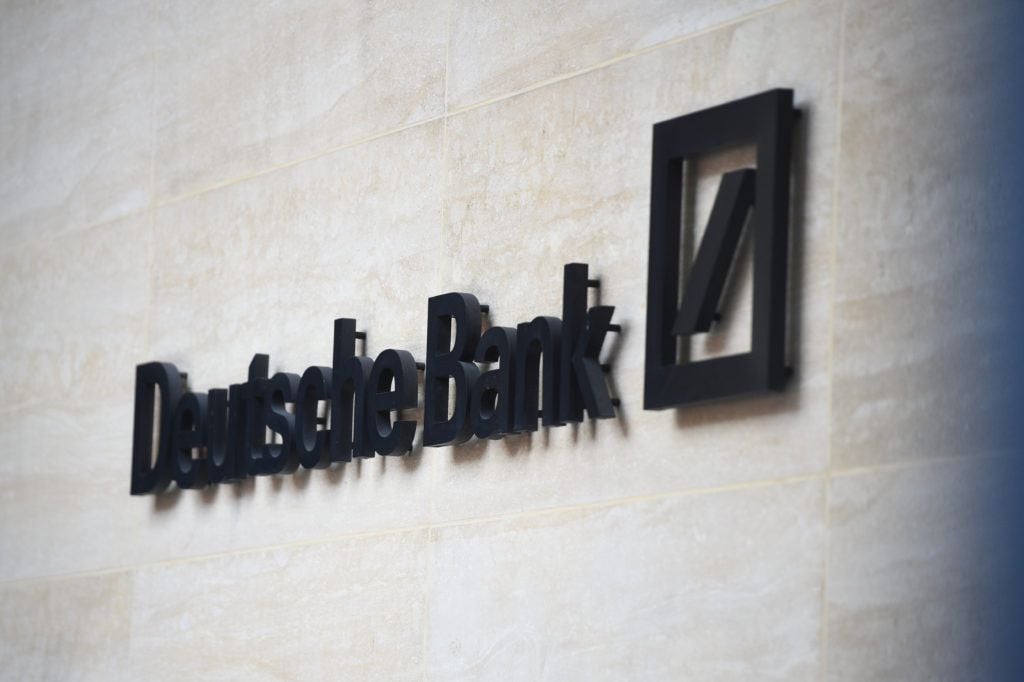 Deutsche Bank reported its third straight quarterly profit amid continuing government financial help for businesses during the coronavirus pandemic and as revenues rose at its investment bank division.

The bank said on Wednesday that it made a profit of €309 million for the July to September period, in sharp contrast to an €832 million loss in the same quarter a year ago when the bank had a large restructuring charge.

Chief executive Christian Sewing said the bank was continuing to make progress on a long-term restructuring aimed at improving profits by shedding less profitable or riskier lines of business and cutting employee numbers.

“Our more focused business model is paying off and we see a substantial part of our revenue growth as sustainable,” Sewing said in a statement accompanying the earnings release.

Chief financial officer James von Moltke said the government efforts to help businesses bridge the pandemic had helped, adding there was “no question it’s been a supportive factor this year, for the economy as well as for the loan book”.

He added that the bank was not seeing “cliff effects” as different support measures expire.

“Will this support be a sufficient bridge… through the pandemic?”, he said on a conference call with journalists. “The evidence so far gives cause for optimism.”

Help for businesses has included temporary salary support programmes that pay most of workers’ wages so that companies can avoid lay-offs, as well as a moratorium in Germany that allowed financially troubled companies to delay filing insolvency proceedings.

Governments have also suspended taxes and increased deficit spending, while the European Central Bank is pouring €1.35 trillion in newly printed money into the economy through regular bond purchases, a step which has helped prevent turmoil on financial markets.

Third-quarter results were boosted by lower losses from the capital release unit aimed at exiting businesses and investments the bank no long considers part of its long-term strategy.

Revenues at the investment bank unit rose 43 per cent to €2.4 billion.

Money that had to be set aside to cover loans that are not being repaid increased 56 per cent to €273 million in the quarter from the year-ago quarter, but fell from €761 million in the previous quarter.

The bank said it was on target to reach all of its financial and strategic goals included in its restructuring, aimed at exiting a period of low profitability and regulatory and legal issues that cost the bank billions.

It continued to shed employees, lowering headcount to 87,000 at the end of the July-September quarter from 90,000 a year earlier.

Trump: US is 'ready for the absolute worst' with Iran