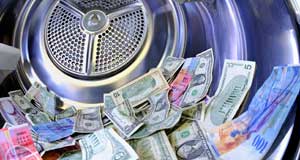 Up to 1,000 transactions were carried out since January with young people increasingly being targeted, according to the Banking and Payments Federation (BPFI).

The BPFI is launching a new campaign – Don’t be a Mule – to raise awareness about the practice, which involves moving stolen funds through legitimate bank accounts.

Director of Public Affairs at the BPFI, Olivia Buckley, said young people in particular need to be vigilant: “Criminal and fraudsters are online on a constant basis, looking to move stolen money, but very often they’re posing as employers offering quick and easy commission to young people in return for access to their bank account.

Ms Buckley said people need to be aware taking part could result in prosecution and a criminal record: “It can have issues and consequences for your bank account, your bank account can be frozen if there’s suspicious or strange transactions moving through that bank account.

“Money laundering is a criminal offence, there may be investigations, prosecutions, and fundamentally you may end up with a criminal record. So this is dangerous activity and it must be avoided and young people must be alert.”

United States CDC Warns Against the Use of Hand Sanitizer