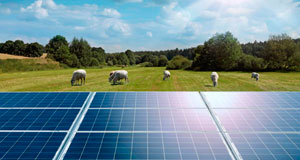 A High Court injunction had been granted restraining the presentation of a winding up petition for a solar energy company.

Rossa Fanning SC, for Amarenco, said his client sought the urgent protective order after the defendant’s solicitors in Ireland threatened to seek the winding up order after close of business on Wednesday.

Counsel said the case arose out of the issuing of proceedings into the English courts by SDCL against Amarenco over an alleged debt of almost €580,000, which his client says there is no basis for.

It engaged the services of SDCL at €20,000 per month in 2015 to provide corporate finance services and act as an independent strategic and financial advisor to secure long term capital, he said..

By summer 2016, a shortlist of prospective investors was prepared including one called Infracapital which Amarenco had independently approached and which ultimately became the investor, he said. SDCL reviewed the terms of the investment and assisted in reaching an agreement with Infracapital.

SDCL invoiced and was paid a two per cent success fee of €384,600 in relation to €19.2 million invested in the first phase of the project, called Scope 1. A second phase was the subject of a second investment decision, in which further investment would be made alongside Amarenco’s French subsidiary which was renamed Infram.

Mr Mullins said SDCL, which has no capability to act as an advisor in the French market, did not provide services or take part in this process or any further investment funding from around November 2018.

After the discharge of the final invoice in February 2018, SDCL made contact saying it was available to support Amarenco in advancing other works. Mr Mullins said he told SDCL in April 2018 that the new entity Infram was using its own advisors at the time and there was no need to avail of the offer.

By April last, SDCL requested Amarenco to pay further success fees on any additional capital contributed by Infracapital to Infram. Mr Mullins believes this request was misconceived and an attempt to extract further fees to “shore up other losses or unfulfilled expectations experienced by SDCL in the previous financial year”.

SDCL then issued a pre-action letter, which in England is a precursor to court proceedings if no compromise is reached, demanding €579,903.

Amarenco strongly disputed it was due and last month, SDCL’s Irish lawyers issued a statutory demand for payment which is usually a precursor here to a winding up petition.

In its demand, SDCL claimed, among other things, Amarenco had raised €55m in capital as a result of the first agreement. Amarenco says the only investment it benefitted from was the initial €19.2 million.

Mr Mullins said Amarenco is a highly solvent group with nearly €7m in cash and multi-million Euro investments. It was not the case it could not pay the alleged debt but it was the case it simply did not believe it was due and owing.

While he believed any winding up petition would fail, the fact of its presentation and subsequent advertisement “may cause significant and irreparable harm” to the company and group as a whole.

Ms Justice Reynolds said she was satisfied the High Court here had jurisdiction to deal with the issue and she granted the order restraining the presentation of the winding up petition. She gave directions for exchange of affidavits and returned the case to November for mention.

UK economy grew 6.6% in July as rate of rebound slows