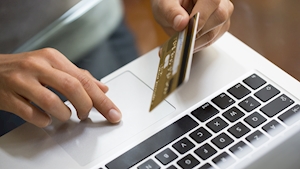 Online spending has increased 7 per cent since lockdown restrictions were lifted, despite the reopening of stores, figures from digital bank N26 suggest.

Two new studies show consumer spending has risen shaprly since the State first emerged from lockdown. However, the type of spending happening shows people are still largely focused on staying close to home.

Figures supplied by digital bank N26 shows consumer spending up 32 per cent since the lockdown with average transaction value rising 19 per cent to €37 from €31.

N26’s figures show Lidl was ranked as the Republic’s “top lockdown merchant” followed by Amazon and Supervalu. Amazon has since overtaken Lidl as the lead merchant. Meanwhile, Deliveroo jumped from tenth place to fourth during the lockdown as consumers ordered more takeaways.

Separate data from Revolut for the month of July, shows spending in hardware stores jumped 103 per cent year-on-year, although demand has tapered off slight since May. Garden centres also saw increased sales, with spending almost doubling compared to the same month a year ago.

Man's Message For Rioters Who Burned Down His Business

Disease spreading from dogs to owners across Florida | Health News...

US firm Caterpillar to axe up to 700 jobs in Northern...