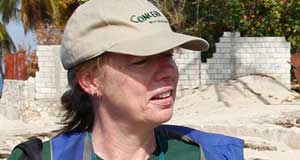 The income was revealed as part of the organisation’s annual report which was approved this weekend and highlights its work in 24 countries during the previous year, spanning areas such as emergency aid, health and education.

Concern Chair John Treacy paid tribute to the organisation’s network of supporters and volunteers: “All of them are contributing to the mission of Concern, an expansive team keeping the flame of compassion alive across Ireland and further afield.”

The organisation said it provided aid to 28.6 million people last year – an increase of 4.4 million on 2018.

He said the pandemic had tested the organisation’s ability to respond to the crisis, saying the continuation of its work was enabled by “the generosity of the public and the flexibility shown by key donors such as Irish Aid.”

Other work the organisation has reported in its annual report includes:

Knock Airport to close for one month as Ryanair suspends flights