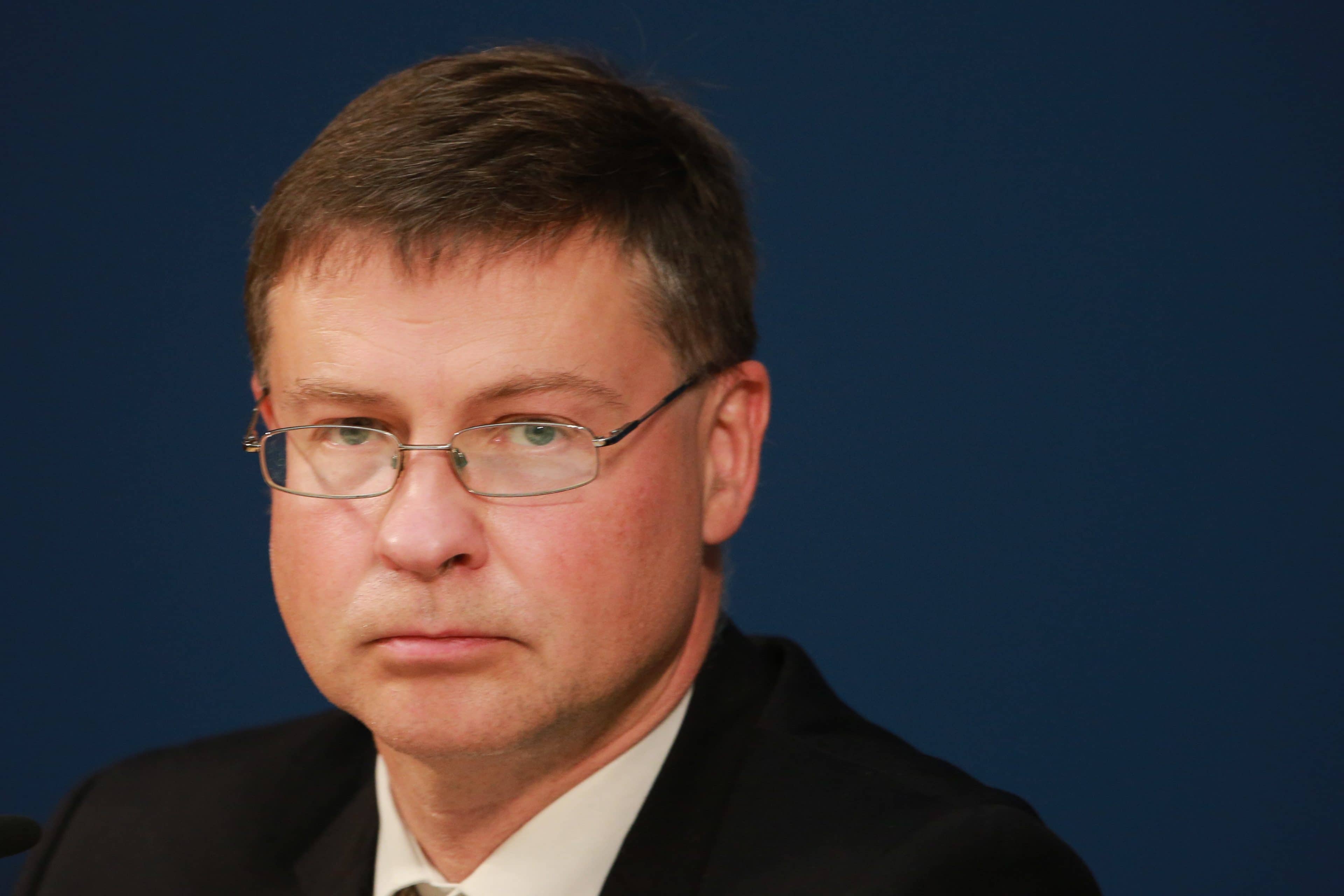 The EU and UK need to accelerate bilateral talks, if they seek to strike a post-Brexit trade agreement, the European Commission’s Executive Vice-President, Valdis Dombrovskis warned on Monday, saying he does not exclude a no-deal scenario.

“There are many outstanding issues. Progress on a number of key EU asks so far is not sufficient. So we would need to intensify negotiations substantially if we are to reach a successful outcome,” Dombrovskis said after an informal meeting of the bloc’s trade ministers in Berlin, Reuters reported.

“The alternative of a no-deal Brexit is not appealing, but we cannot exclude it,” he said, adding that “from our side, we are doing preparations for this scenario.”

Dombrovskis, took over the trade portfolio following a reshuffle in Ursula von der Leyen’s College of Commissioners. The shake up in her team came after EU’s trade chief, Phil Hogan, resigned earlier in September, following reports revealing that he broke Coronavirus restrictions in his country, by attending a golf dinner. Hogan was temporarily replaced by Dombrovskis, whose new post came amid vital trade negotiations with the US and the UK.

UK has admitted that the Internal Market bill would override elements of the Brexit Withdrawal Agreement and would breach international law in a “very specific and limited way.”

Brussels, in turn support that since the Withdrawal Agreement came into force on February 1 and the Protocol on Northern Ireland is an essential part of it, “neither the EU nor the UK can unilaterally change, clarify, amend, interpret, disregard or disapply the agreement.”

EU’s stance was reiterated last week, by von der Leyen, who, while delivering her State of the Union (SOTEU) speech said that the EU will “never backtrack” on the Brexit Withdrawal Agreement.

“It cannot be unilaterally changed, disregarded or disapplied. This is a matter of law and trust and good faith,” von der Leyen said.

Quoting former British Prime Minister Margaret Thatcher, she highlighted that “Britain does not break treaties. It would be bad for Britain, bad for relations with the rest of the world, and bad for any future treaty on trade.”

Will Smith CURSES OUT 50 Cent in DMs Over Jada Pinkett...

How 2021 was celebrated around the world – BBC News