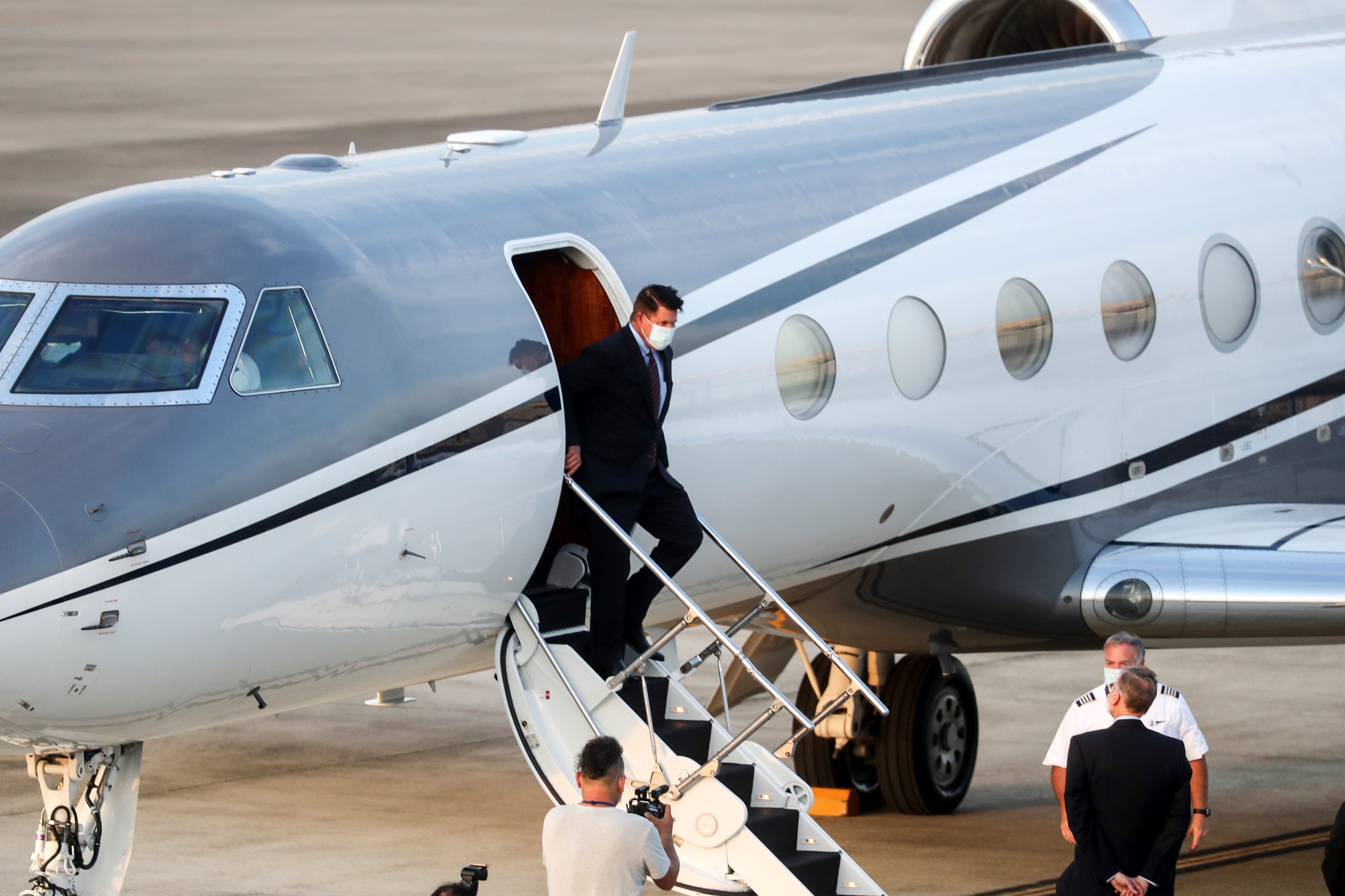 Taiwan on Friday said it had to scramble fighter jets to track 18 Chinese aircraft that buzzed the island, and crossed the sensitive mid-line of the Taiwan Strait.

The escalation of tensions comes as the most senior official from the United States’ State Department, Undersecretary for Economic Affairs Keith Krach arrived in Taipei on Thursday for a three-day visit. China earlier said the move would prompt a “necessary response” and announced the start of combat drills near the Taiwan Strait.

China refuses to acknowledge the sovereignty of the island, born of a civil war in China that brought Mao Zedong’s Communists to power on the mainland in 1949. The rival Nationalists, led by Chiang Kai-shek, fled to Taiwan, about 160 kilometres off China’s east coast.

Taiwan has never declared independence, though it has its own foreign ministry and military. China regularly conducts military exercises in the island’s vicinity, a move seen as Beijing’s provocation.

On Friday, Taiwan’s defence ministry showed a map of the flight paths of Chinese jets crossing the Taiwan Strait mid-line, which normally combat aircraft from both sides avoid passing through.

“They are a reasonable, necessary action aimed at the current situation in the Taiwan Strait and protecting national sovereignty and territorial integrity”, China’s defence ministry spokesman said.

The US and Taiwan do not have official diplomatic ties, but Washington is the island’s main arms supplier as it is bound by law to provide it with the means to defend itself, angering China which routinely denounces US arms sales to Taiwan.

Queen Elizabeth Christmas speech: Year may have 'felt quite bumpy' |...

Life Of A Student In USA Featuring Singh In USA |...

Ask America: Do you live in a political bubble? – BBC...