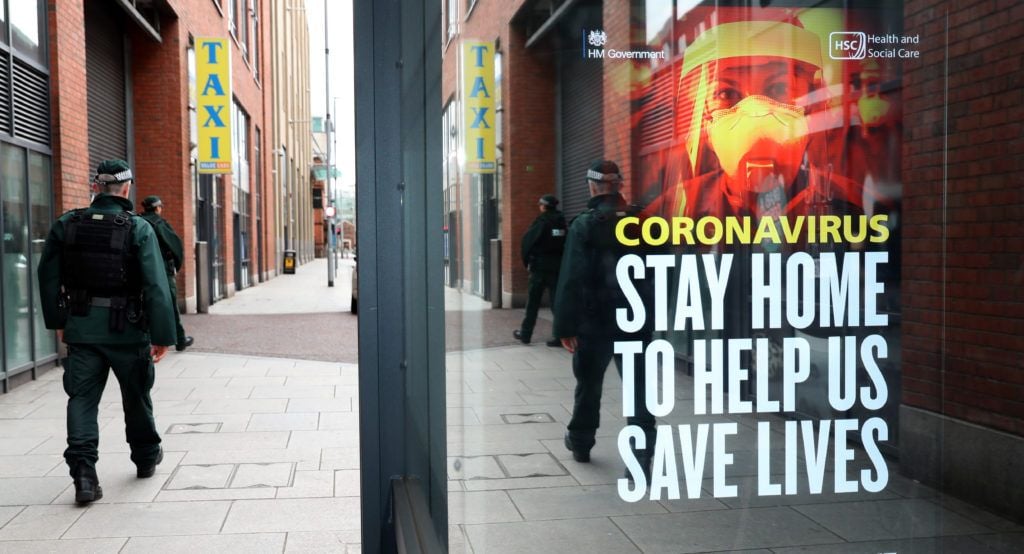 Businesses have voiced their “deep dismay and distress” at the “shambolic” decision to extend lockdown restrictions on the hospitality sector in Northern Ireland.

Belfast Chamber chief executive Simon Hamilton said there was “huge disappointment” among its members who were forced to close four weeks ago at being told at the “11th hour” that they would not be able to reopen this weekend as intended.

The Stormont Executive agreed on Thursday to extend the current restrictions on hospitality and close contact businesses for one week after a lengthy political wrangle.

Mr Hamilton said: “Unfortunately, after offering no convincing evidence for closing these sectors in the first place, no additional evidence has been put forward for keeping them closed for a further period.

“Various ministerial statements built up a reasonable expectation amongst businesses that, as they were repeatedly told, the restrictions would last for four weeks, would end on 13 November and that affected businesses could reopen and start trading again from then.

“There is deep, deep dismay at this change of direction, there is distress at the shambolic way this decision has been made and some are saying that they now feel that they are indeed the ‘villain’ just a few weeks after being told they weren’t.”

Mr Hamilton added that many businesses are understandably concerned that the adjusted reopening dates they have been given will also “slip”.

He called on ministers to fast-track financial support for businesses affected.

He also said businesses needed a “cast-iron guarantee” that the new reopening dates will be honoured and that they can operate in the lead up to Christmas.

“The embarrassing mess that has played out over the last few days has been hugely unhelpful and ministers must avoid a repeat,” he said.

Retail NI said the latest restrictions were “far from perfect” but it welcomed the certainty a decision being made will give to businesses in the run up to Christmas.

The representative body’s chief executive Glyn Roberts said: “This decision provides a roadmap for the reopening of our high streets for the Christmas period and increased footfall for local retailers.

He added that Retail NI would be “pressing” the Executive to provide a package of support measures to support the high street shops through Christmas.

While welcoming that a decision had been made on the matter Hospitality Ulster chief executive Colin Neill said extra financial support was now needed to protect businesses and jobs.

Mr Neill said the decision brings a period of uncertainty to and end that would “hopefully result in thousands of jobs and businesses being saved”.

“Our members will do everything they can to make sure they reopen successfully and safely in little over two weeks’ time.”

“The Christmas period is vital for our hospitality businesses and while we know that this year will be a lot different, it will provide a critical, if not much reduced, income to help secure jobs and businesses,” he added.

Covid restrictions extended for one week in the No…

“It has been suggested that further support will be provided for mitigations to reduce risk within the hospitality sector, including improved ventilation and requirements for the recording of customer information for contact tracing purposes –  this would be a welcome step by those in the industry.”

“We await further detail on what additional finance in terms of grant support will be available over this two week period.

“While pubs and restaurants may be closed, the bills continue to mount on a daily basis therefore extra financial support is needed now to protect businesses and jobs and we hope that the NI Executive will be swift in getting this money into bank accounts.”

Why MEPs are ‘Speaking up for the Uyghurs’

Ryan learns why do we brush our teeth! | Educational Video...

The EU is at crossroads and there is no time for...

Examiner seeks to wind up Irish subsidiary of Norwegian Air