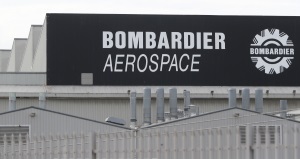 Aircraft-maker Bombardier have announced that they are going to cut a further 95 jobs in Belfast.

This follows an earlier announcement in June in which the company informed staff of the decision to cut 600 jobs.

According to Bombardier’s website, they employ 3,500 people in their Belfast operations, making it the largest manufacturing company in Northern Ireland.

The company claim their are responsible for 10 per cent of Northern Ireland’s total manufacturing exports.

Bombardier have said the job cuts are coming as a result of “extraordinary industry interruptions and challenges caused by Covid-19”.

The losses announced in June were part of its plans for 2,500 redundancies worldwide.

This comes after another big knock to jobs in the UK, as Marks & Spencer announced they will be cutting around 7,000 jobs.

M&S said the bulk of the cuts would be made across its stores, hitting around 12 per cent of its 60,000 shop-based staff, as well as a smaller number of support centre and regional management workers.

Thousands of demonstrators rally over vote-rigging claims in Kyrgyzstan

The EU is at crossroads and there is no time for...