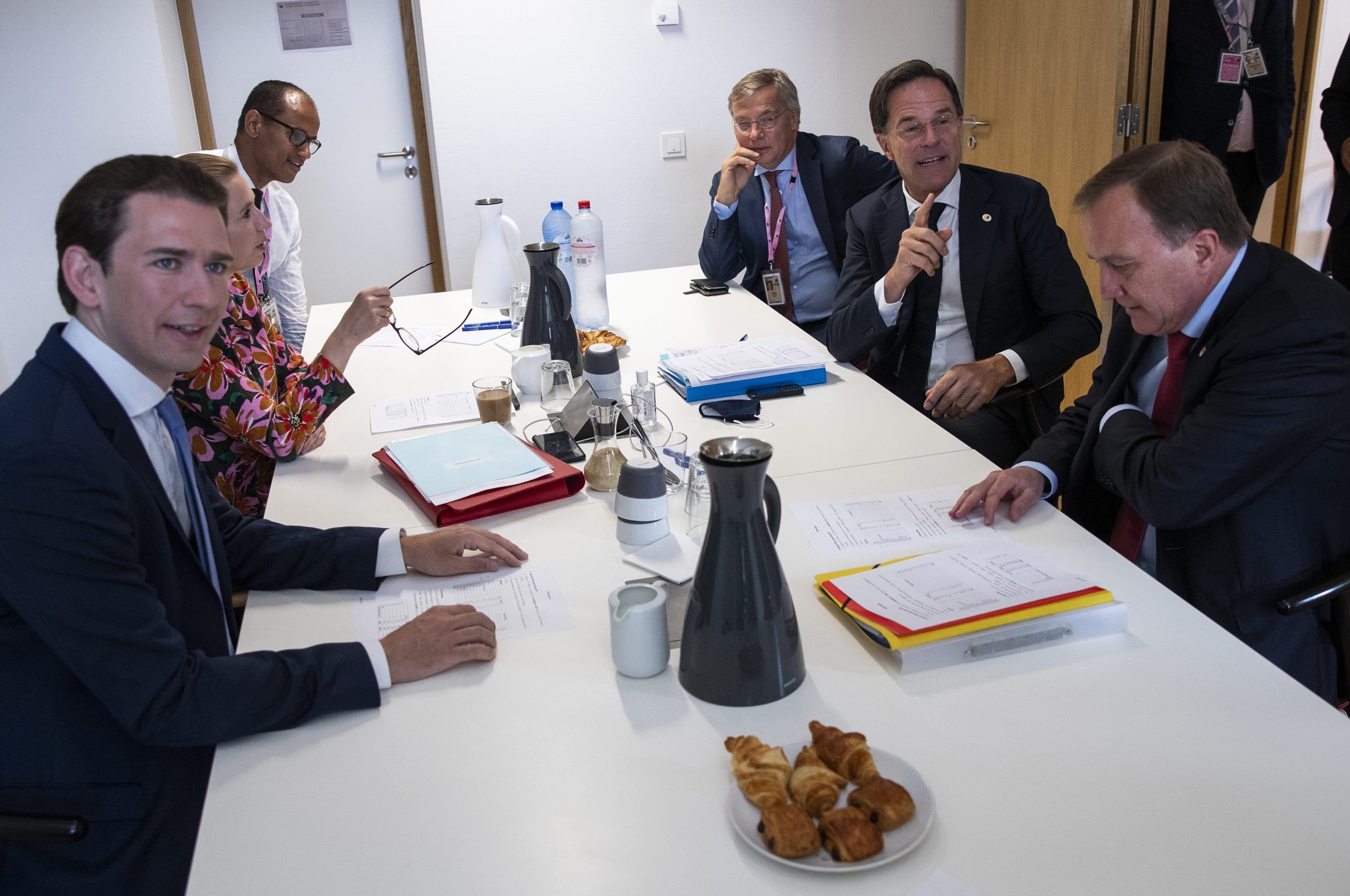 All compromises are bound to lead to some disappointment – and the EU is best known for its last-minute, far-reaching compromises. The situation is no different with the next long-term EU budget and the Next Generation EU Recovery Fund. The blame game has already started, with former Commission President Jean-Claude Juncker proclaiming that he is “appalled by the harmful influence of the Frugal Four” and their impact on future EU spending.

Juncker might be justified in his frustration that defence, health, and research budget lines are not as ambitious as the Commission has proposed, but his frustration is misdirected. Greedy national leaders who are unable to cut the wasteful budget lines in order to support more valuable projects are the ones responsible for the untenable compromises, not the ‘Frugal Four’ (Austria, Denmark, the Netherlands and Sweden) who are aiming to keep the overall budget numbers under control.

Despite headlines and complaints about cuts to certain parts of the long-term budget (MFF), overall, it has still increased from €959 billion to €1074 billion. The latter sum does not include the massive €750 billion ‘Next Generation EU’ Recovery Fund, which is partially funded by bonds and not direct member state contributions. Therefore, the overall spending ability of EU institutions has increased massively, and this is likely to remain so for long after the pandemic is gone. The calls to make the Recovery Fund permanent are getting louder, with the ECB’s President, Christine Lagarde, becoming its latest advocate.

It is not the overall sum of money available that poses an issue; it is the wasteful spending of it, as the budget priorities are set through political negotiating tactics and not a thorough analysis of economic gains. There clearly is a difference between spending a euro spent on farm subsidies, and a euro spent on R&D in vertical farming. The former is consumptive spending largely driven by lobbying, the latter a potentially valuable investment.

By taking a look at two of the major budget lines, the Common Agricultural Policy (CAP) and the Cohesion Policy funds, it becomes glaringly obvious that Mr Juncker should have criticised the spending priorities set by the European Council as a whole, instead of the overall sum available which was limited by the Frugal Four.

Irrespective of all reforms to the CAP, it is still one of the largest and most wasteful budget lines which would not exist if the EU’s spending was determined by economic rather than political considerations. The next 7 years of spending includes €374 billion for the CAP and the Just Transition Fund, two policies under one budget line with mutually incompatible goals. Whereas the CAP finances industrial agricultural production, which is responsible for 10% of the EU’s greenhouse gas emissions, the Just Transition Fund aims to reduce these emissions. While the CAP is proposed to include legislation that would ban expressions such as ‘vegetarian sausage’ or ‘vegan burger’, the Fork 2 Farm strategy tries to introduce more environmentally friendly methods of food production. Spending money on mutually incompatible goals is an irresponsible waste of European taxpayers’ money that needs urgent reconsideration.

Equally harmful to subsidising mutually incompatible goals is to knowingly sponsor national governments that show a propensity for corruption. Hungarian Prime Minister Viktor Orban never made a secret of his goal to create a ‘national economic elite’ – in other words, a group of politically loyal oligarchs, who take over the assets owned by foreign companies and politically disloyal local SMEs. The fact that this process is actively financed through EU Cohesion Funds channelled to Orban-friendly oligarchs owning hotels, construction companies, and yacht clubs should make everyone reconsider whether the issue is a lack of EU money or an unwillingness to prioritise it properly.

Europe is facing its biggest economic challenge, with a double-digit recession hitting the continent and an uncertain recovery path ahead. Every eurocent that helps to get out of the pandemic-imposed economic troubles helps – not just in EU and national budgets, but also the pockets of European citizens and businesses.

The duty of European leaders is to find the most efficient ways of shared public spending on an EU level. It is not the Frugal Four that failed this test, but the greedy grandstanding leaders of France, Italy, Poland and others who prioritised their lobby interests and did not allocate the resources to areas with the most added benefits. As long as these leaders are not called out for their actions, the conversation will be misdirected to a stand-off between big spenders versus the frugals.

European citizens deserve a better method to determine shared spending priorities than the political bargaining that created this mess in the first place.

Τurkey says it will not abandon its “sovereign rights” in Kastellorizo,...