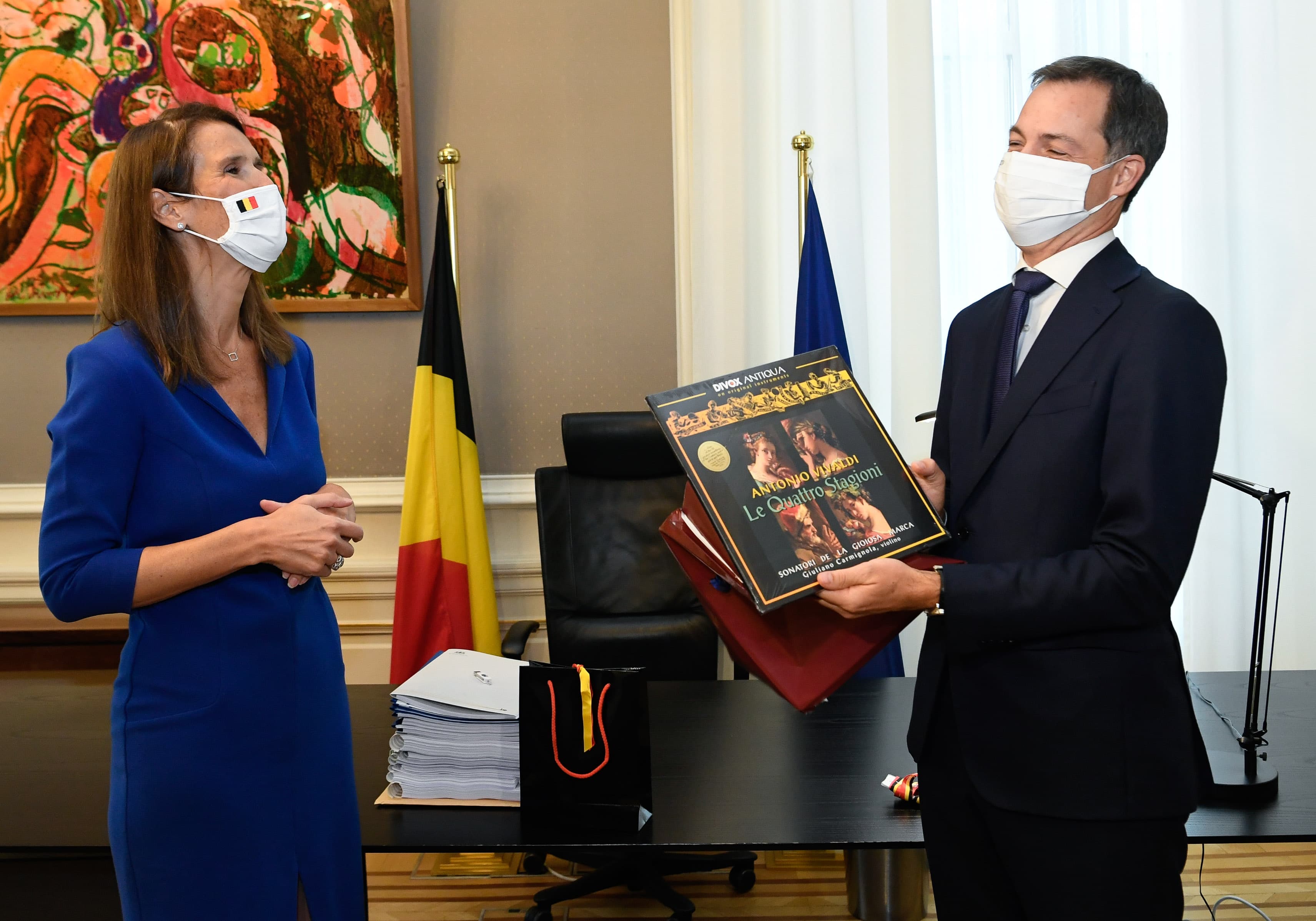 After 16 months since Belgian citizens casted their votes, seven parties have agreed on federal a government in Belgium, with the Flemish Liberal party politician and incumbent Finance Minister Alexander De Croo as the new Prime Minister.

De Croo was sworn in on Thursday morning and will present the government’s program to the parliament later in the day, which is also first day of an extraordinary EU summit in Brussels.

The 7-party agreement that forms the so-called Vivaldi coalition and unites the Francophone and Flemish Liberal, Green, and Socialist parties, and the Flemish Christian Democrats, was reached on Wednesday morning, following marathon talks that kickstarted on Tuesday evening.

Maggie De Block, who faced acute criticism over the country’s handling of the Coronavirus emergency was left out of the government scheme, while, Petra De Sutter, MEP of the Greens/EFA group will become the country’s deputy Prime Minister for Public Enterprises and Civil Service.

MSVS trucks complete their first year in service in the Canadian...