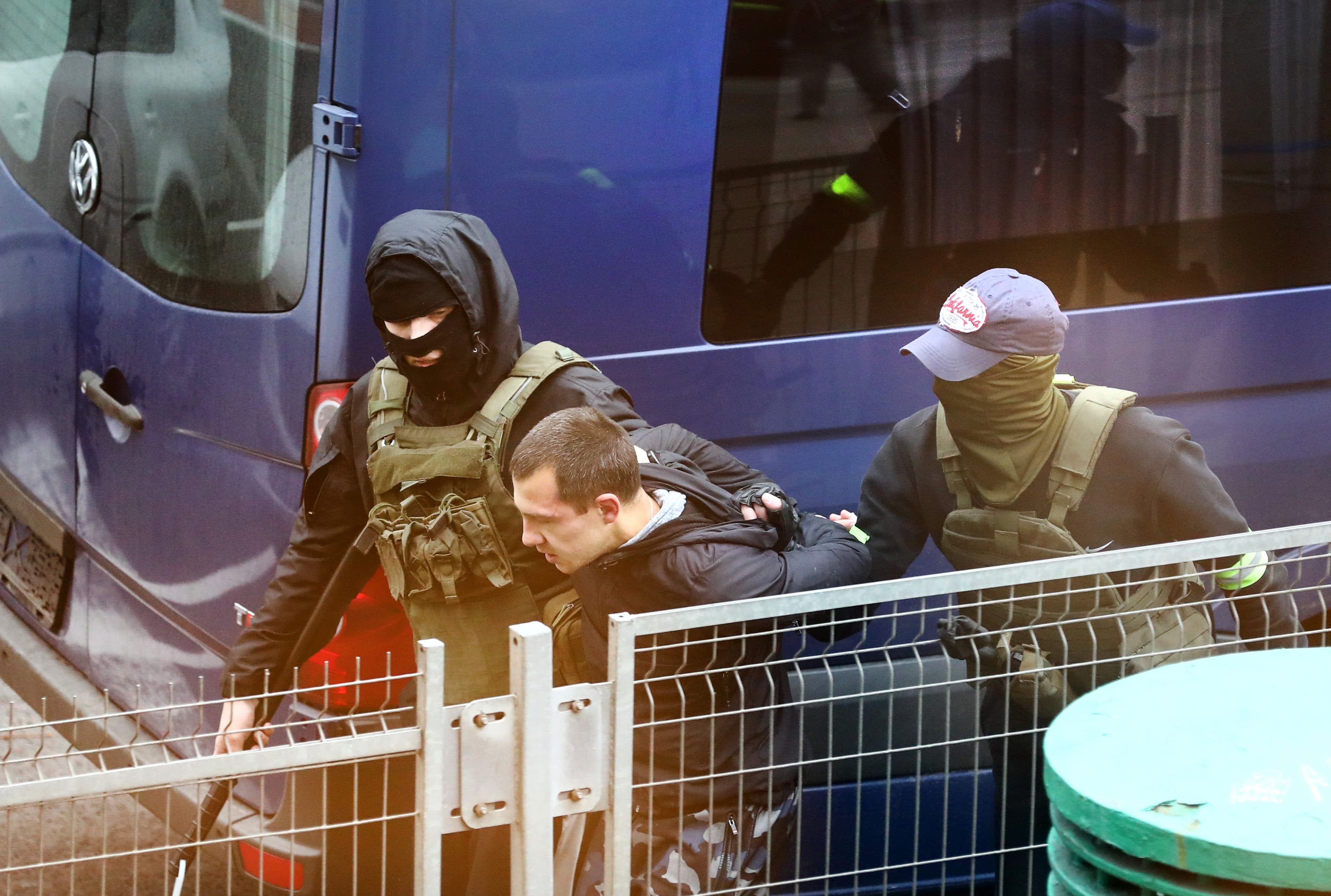 Police in Belarus have detained hundreds of anti-government demonstrators who gathered on Sunday to call for the resignation of Alexander Lukashenko.

The country has been rocked by 13 weeks of protests after Lukashenko, who has led the country since 1994, won a landslide victory in the August 9 election. The vote was denounced by EU and US officials, and forced Lukashenko to look to Moscow for support.

The Viasna human rights group said about 800 people had been detained by security forces on Sunday. The arrests were made in Minsk, Homel, Vitebsk, Zhlobin, and other cities. The Belarusian Association of Journalists said that at least nine media workers were arrested.

The participants in the March of Democracy waved red-and-white flags and umbrellas that have become the symbol of the opposition. Video and photos on social media showed security forces putting demonstrators into police transport. Access to the internet was restricted in the capital since the morning.

Lukashenko has refused dialogue with opponents and has alleged that the West has incited the recent unrest.

Welcome to the Prescott Lifestyle! The Signature Portfolio of West USA...

Power, politics and the pandemic: The Sino-American media divide | The...