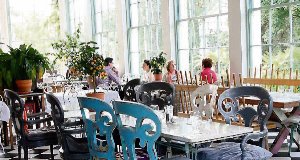 Food and clothing retailer Avoca has warned of possible redundancies due to the Covid-19 pandemic.

A number of Avoca branches remain closed and the news comes as some staff had complained of being “left in the dark” after receiving very few updates from management.

The company issued a statement to The Irish Times, revealing it had been “significantly impacted” by the Covid-19 crisis.

A spokeswoman said: “With continued trading uncertainty and the expectation for long-term effect on the sector, we are taking all steps necessary to protect the business. We are restructuring a number of roles across the business as part of this effort, and, unfortunately, this might result in some redundancies.”

Avoca employs 1,000 staff at its 14 cafes and stores. A number of these reopened at the end of June but many of Avoca’s bigger outlets have remained closed.

These including the Suffolk Street branch in Dublin, Belfast, Letterfrack, Co Galway, Moll’s Gap in Co Kerry and Avoca Village in Co Wicklow.

A number of staff members expressed their fears to The Irish Times, the publication reports. Many of them expressed concerns about stores that have already reopened being forced to close again.

Avoca’s announcement comes after its parent company Aramark Ireland warned of being “significantly impacted” by Covid-19.

The company also runs a number of direct provision centres while it also owns businesses such as Camphill Catering. It confirmed that all of its operations had been impacted as a result of the Covid-19 pandemic.

Directors confirmed that a number of employees were currently on the Government’s wage subsidy scheme. In the year ending September 27th, 2019, Aramark Ireland reported a €16.2 million pretax loss for its Irish subsidiary.

The company said this loss was down to a departure from non-core facilities outside of Ireland and to its continued investment in Avoca.

The fight for Belarus in Slovakia’s information space

Kim and Kanye 'Trying' to Save Relationship | TMZ