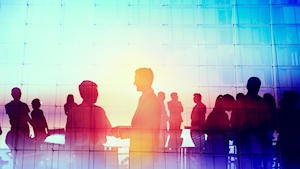 The average weekly wage earned by workers has increased n 2019 figures by 6.2 per cent in the second quarter of 2020 according to information from the Central Statistics Office.

The CSO figures examining May to August show that the average weekly wages has risen to €819.13 compared to the same period last year.

The data also shows marked changes in the sectors workers are employed in, with increases in the Industrial, Information and Communications, and Accommodation and Food sectors.

The Temporary Wage Subsidy Scheme, which 663,100 people have availed of since it commenced in April, has caused a reduction in labour costs, which have fallen by 36 per cent.

Statistician with the CSO, Louise Egan says changes in the areas in which people are employed due to Covid-19 has impacted the data.

“When considering the change in earnings, it should be noted that there may be a compositional effect due to the significant changes in employment in certain sectors.