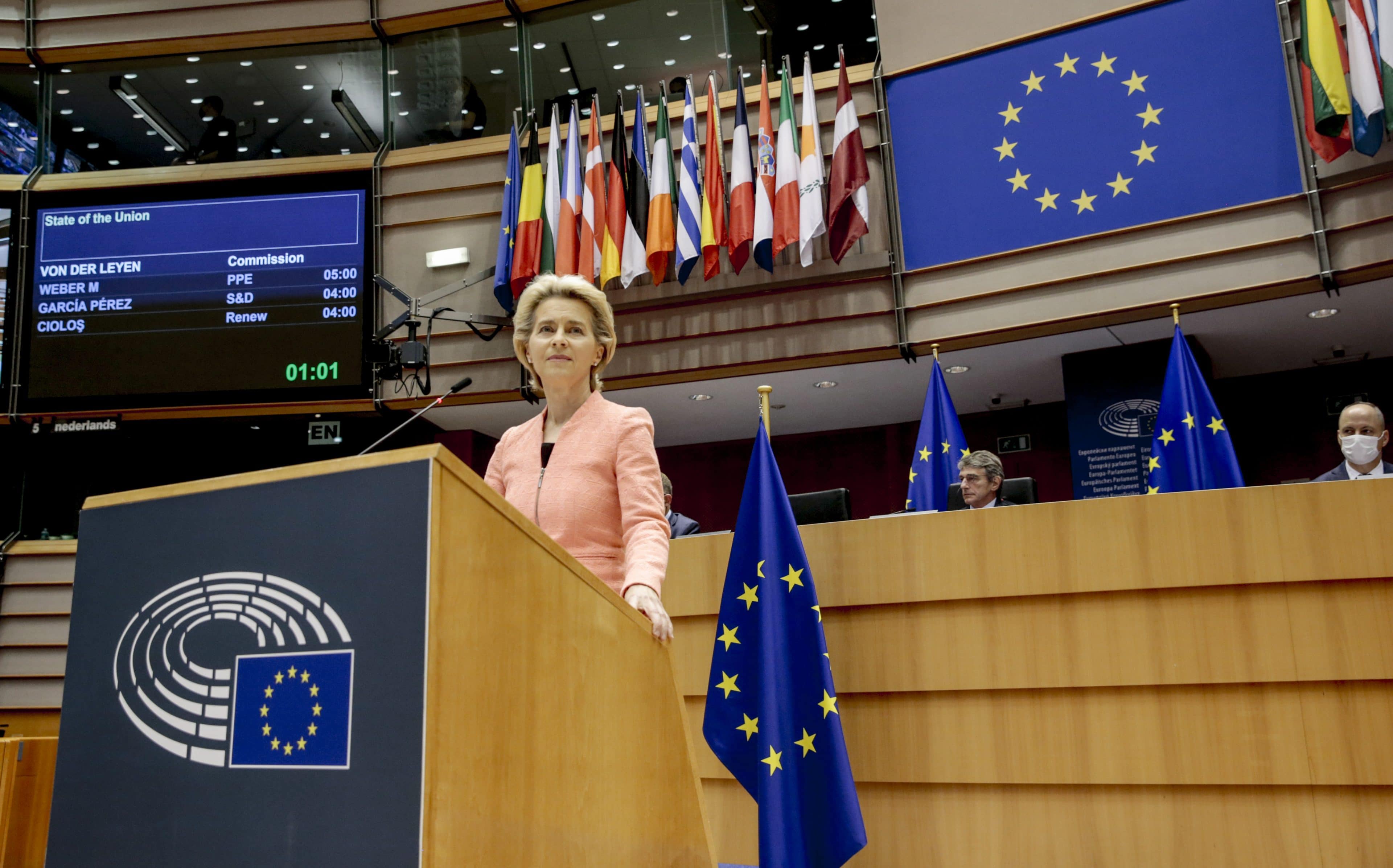 European Commission President Ursula von der Leyen’s first state of the union address included many compulsory political slogans, but few areas were as devoid of substance as her remarks on the rule of law. Her attempt to appeal to all sides of the political spectrum without taking a definite stance against authoritarians who endanger the rule of law will cause great damage down the line.

If EU institutions continue to tacitly endorse and finance authoritarian regimes within the bloc, they will undermine the chance for the EU to become a more integrated political union of European liberal democracies.

Admittedly, von der Leyen inherited most of the EU’s problems linked to the rule of law. Hungary has been ever-increasingly governed as a competitive autocracy throughout the last decade, and the governing Law and Justice Party of Poland have not been shy about wanting to establish the Budapest model in Warsaw. Although former Commission President Jean-Claude Juncker had (in)famous clashes with both Prime Minister Viktor Orban of Hungary and Poland’s President Andrej Duda, the Commission was not properly able to address the backsliding of the rule of law in either country.

Article 7 proceedings – which could lead to the suspension of voting rights of a member state if it persistently breaches the EU’s founding values – were started against Poland in 2017 and against Hungary in 2018. Nothing but radio silence ever since.

President von der Leyen’s political group, the European People’s Party, struggles to expel Fidesz, Orban’s political party, from its ranks. EPP suspended Fidesz’s membership ahead of the 2019 European Parliamentary elections and promised a swift resolution of the situation by creating a committee that was supposed to seal the fate on Fidesz. However, the committee disbanded during the summer as they could not reach a verdict on the expulsion.

A few months after this, it is rather cynical for von der Leyen to talk about “rebuilding trust amongst us and move forward together”. Her approach of creating an annual rule of law report would be commendable if she had not highlighted her aim for this to become a “preventative tool for early detection of challenges and for finding solutions.” Her approach amounts to calling a mechanic to install a smoke detector whilst the house is on fire, and is bound to prove ineffective in preventing the house from turning into ashes.

In her address, von der Leyen proclaimed that “European values are not for sale.” Yet the Commission and larger member states made a cynical pact where the freedom of citizens governed by authoritarians is sacrificed for the integrity of the Single Market.

The most important accomplishment of leaders in Poland and Hungary is that they successfully convinced eurocrats that the union can only hold together with them on board. This could not be further from the truth. Whilst Orban’s grip on power has not weakened even during his fourth term in the premiership, it is obvious that his rule will not last forever. When the house of cards crumbles, many will look back and assess the role of EU and EPP membership in his success. Orban’s most important political innovation has been the ability to build a crony capitalist mafia state, where oligarchs are enriched by EU taxpayers’ money and in return provide the government with full media, economic, and political control. The usual authoritarian playbook to crush independent institutions, capture the judiciary, or buy opposition politicians and fake parties were just the icing on the cake of his key innovation.

Whilst EU institutions cannot and should not get involved with the domestic political affairs of their members, they should strongly consider the impact that their financial subsidies cause. Whilst both Poland and Hungary showed successful economic results in the last few years, much of that success would not have been possible without EU cohesion funds. Economic success leads to political support for the governing parties, or at least political apathy towards them. Authoritarians within the EU realised this soon enough and ensured a strong presence across EU institutions.

Von der Leyen’s speech and proposed mechanism to ensure the rule of law would have been highly commendable in 2010. A decade later, with the benefit of hindsight, her words are just empty slogans that create a wide smile on the face of European autocrats.