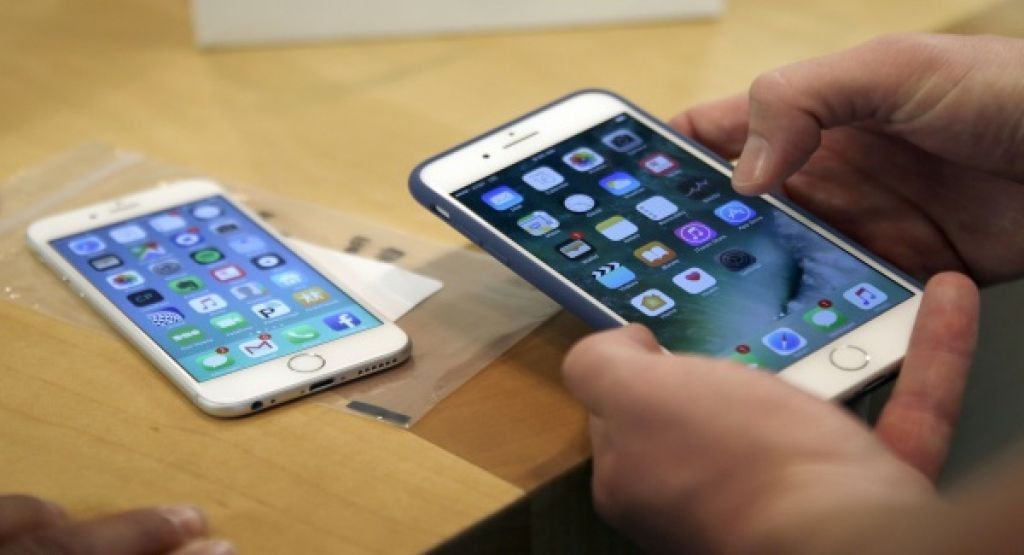 Apple Inc on Thursday reported revenue and profits that beat Wall Street expectations, but iPhone sales that were even weaker than analysts had braced for sent shares down 4.6 per cent despite booming Mac and AirPods sales.

Despite delays with its best-selling iPhones, the Cupertino, California-based company had consistently beaten sales expectations this year and released a slew of new products and services that its customers have embraced while largely homebound during the pandemic.

Apple did not announce the iPhone 12 until October 23th, several weeks later than usual, meaning no opening-weekend iPhone sales are included in the fourth-quarter results.

Analysts anticipated consumers would hold off on iPhone purchases ahead of new iPhone 12 models. Those devices feature 5G networking connectivity and are expected to be strong sellers as mobile carriers jump back into subsidizing device purchases to lure consumers into new 5G data plans.

In an interview with Reuters, Apple Chief Executive Tim Cook said that he was “optimistic” about the iPhone 12 cycle based on the first five days of shipping data.

“5G is a once-in-a-decade kind of opportunity. And we could not be more excited to hit the market exactly when we did,” Cook said. “At least in the U.S., the carriers are being very aggressive.”

The iPhone 12 release timing drove down sales in Greater China to $7.95 billion from $11.13 billion the year before. Cook said all of Apple’s non-iPhone products grew in China and Apple expects sales to pick up there again.

“What we’re seeing in the early going in the first five days gives us a lot of confidence that China will return to growth in our fiscal Q1,” Cook told Reuters.

Apple has offset volatile iPhone sales in recent years with steady growth in its services segment, which includes streaming music and television. Services revenue rose 16.3% to $14.5 billion, compared with analyst estimates of $14 billion. Cook told Reuters that Apple One, a bundle of Apple’s paid services, will launch on Friday.

Cook told Reuters that Apple has 585 million paying subscribers across its platforms, up from 550 million the previous quarter and closer to the goal of 600 million subscribers that the company set out for the end of calendar 2020.

Apple did, however, announce a range of new Apple Watches and iPads that went on sale during the quarter. The pandemic-driven shift toward working, learning and consuming entertainment from home helped Apple post double-digit revenue increases in every non-iPhone product category as well as its services business, which includes its streaming television offering and forthcoming paid fitness service.

It was the second straight quarter of growth across the non-iPhone hardware categories, some of which had experienced declines until a pandemic sales boom. Apple faces an uncertain fiscal first quarter with new lockdown orders issued in major European markets such as France and Germany on Wednesday.

While the company has so far managed to keep sales booming with its retail stores in a state of flux, analysts have raised concerns that the lockdowns or their economic fallout could mute holiday iPhone sales.

Apple’s Cook said the company gets a “tailwind” boost from having four new phone models at different price points – the most it has ever released in one fall season – that appeal to a variety of customers, and a “headwind” from having fewer weeks in the quarter to sell them.

“Covid I would classify as kind of an unknown,” Cook said.

Appeal on Apple tax ruling could drag case out ano…

“Mac had its best quarter ever in the history of the company,” Cook said.

The company also said it had returned nearly $22 billion to shareholders in the quarter as it kept its target of reaching a new cash neutral position.

Coronavirus in the USA: Trump's downfall? | To the point

A Day In The Life At AMERICAN PUBLIC SCHOOL