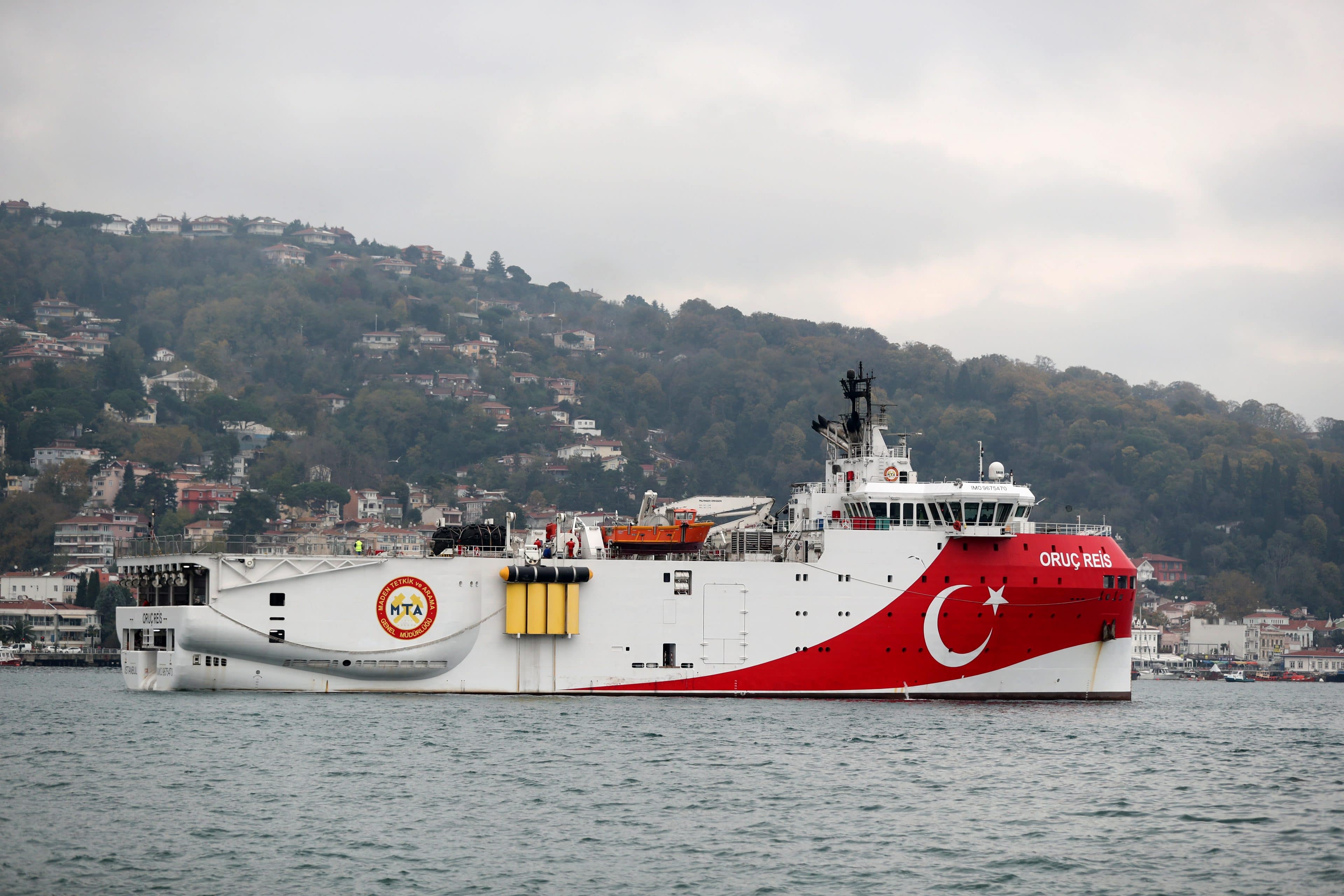 Turkey has extended a Navigational Telex (NAVTEX) for its research vessel Oruc Reis to conduct seismic work in the Eastern Mediterranean until November 4, in a move that could further worsen tensions between the two NATO allies.

“Turkey’s issuing of a new illegal Navtex … shows yet again that Turkey, through its ongoing and escalating provocative conduct in violation of international legality, has complete disregard for the fundamental rules of International Law,” the Greek MFA said in a statement issued on Sunday.

“It [Turkey] behaves like a pariah-state that aims to destabilise the region and dramatically increase tensions,” the statement reads, adding that Ankara’s move “contravenes any effort towards de-escalation.”

In response to Antalya’s notice to sailors for activities it says are within the Greek continental self, in the sea area south of Rhodes and east of Karpathos, the Greek Navy Hydrographic Service (HNHS) in Heraklion, Crete on Monday issued a cancellation directive, the so-called anti-NAVTEX.

Ankara’s announcement was issued on Saturday and foresees that Oruc Reis will continue for another 10-day mission, along with two other vessels, the Ataman and Cengiz Han. It’s latest NAVTEX was first issued on October 12, with Oruc Reis’ operations initially scheduled to come to and end on October 22, however its research activity was extended to October 27, despite warnings by Greece and the European Union.

Earlier in the month, the two NATO allies had agreed to resume exploratory talks on the Eastern Mediterranean, amid mounting calls by the European Union to proceed with dialogue. They also agreed to set up a mechanism, which is designed to reduce the risk of incidents and accidents in the region and includes the creation of a hotline between Athens and Ankara that will facilitate deconfliction at sea or in the air.

Education 4.0 – transforming the future of education (through advanced technology)