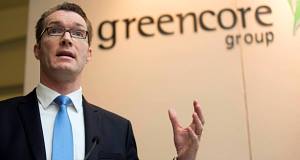 A total of 292 people have tested positive for Covid-19 after an outbreak at a Greencore sandwich factory in Northampton in the UK.

Irish-based Greencore is one of the largest manufacturer of pre-packed sandwiches in the UK, suppling most of the country’s big retailers, including Marks & Spencer, Waitrose, Sainsbury’s and Tesco.

The company, which was set up following the privatisation of Irish Sugar, took the decision to test workers as a result of a rise in cases in the the area.

In a statement, Greencore said: “As a result of the rising number of Covid-19 cases in the Northampton area, we took the decision to start proactively testing all of the colleagues at our Northampton site.”

The company added: “In each case we have immediately conducted contact tracing and instructed potentially affected colleagues to self-isolate.

“All of Greencore’s sites have wide-ranging social distancing measures, stringent hygiene procedures and regular temperature checking in place, and we are doing everything that we can to keep our people safe.”

Ms Wightman said: “It is evident that Greencore has highly effective measures in place and they continue to work extremely hard to exceed the requirements needed to be Covid-19 secure within the workplace.”

In a 2017 article, The Guardian claimed Greencore was the largest sandwich maker in the world, operating eight facilities in the UK.

Irish economy to contract by just 0.4%, despite Covid-19 impact