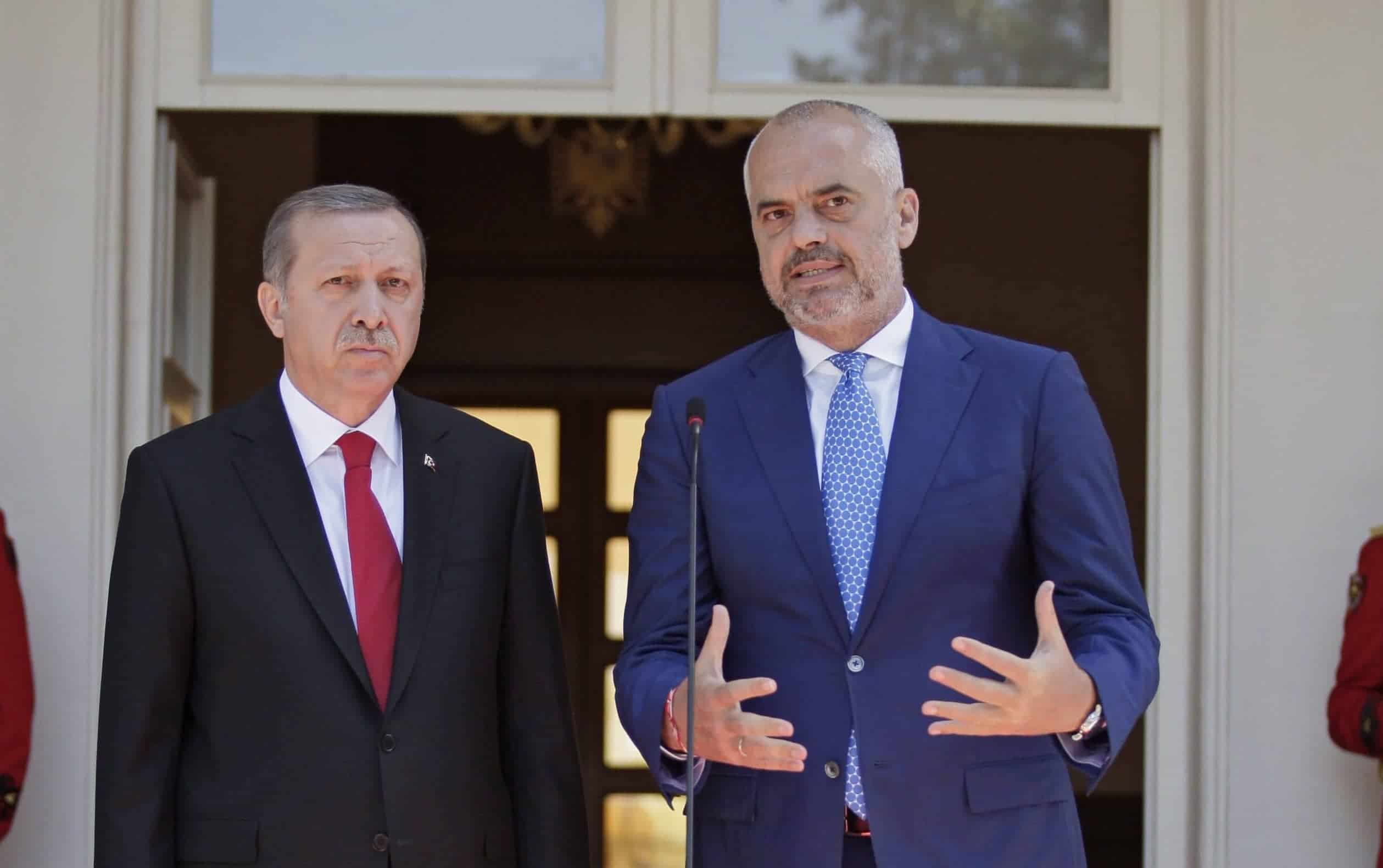 Albanian Prime Minister Edi Rama met with Turkish President Recep Tayyip Erdogan in Ankara on January 7, and made a hastily arranged “private” stop, widely seen as a form of balancing act, in Athens January 8.   Rama, and Albania in general, is perched between two intensely counter-spinning vortices triggered by a long period of intense Greek-Turkish animosity over most of 2020.

Albania’s ongoing warm cultural and historic relationship with Turkey is sharply juxtaposed against Tirana’s and Rama’s European ambitions, all of which lead inevitably through Athens.

In Ankara, on January 7, Rama and Erdogan signed a so-called “Strategic Partnership Agreement” as well as co-operation agreements on health, education, construction, infrastructure, and culture. They also signed an agreement on the establishment of a High Council for Strategic Cooperation between Albania and Turkey.  While the term “strategic partnership” had been something invented in Washington largely to apply a form of cosmetic window dressing to America’s strong bilateral relationships with important interlocutors in recent years, Athens has long been concerned the Turkish-Albanian arrangements would provide justification for even deeper Turkish military involvement on Greece’s northern border, even though all parties are already NATO allies.

It is assumed that Rama and Erdogan discussed in detail the plans Albania and Greece had announced last October to request assistance from the International Court of Justice (ICJ) in The Hague to help resolve the issue of the joint maritime border; Turkey is seen to be opposed to this step.  The irony in this situation flows from the fact that after a surge in airspace violations by Turkey in the Aegean last summer, the Greek government decided it was time to begin exercising its right under accepted international law to extend Greek territorial waters from six to 12 nautical miles unilaterally.

Greece was legally entitled to do this along all of its borders, but to avoid provoking Turkey, which has warned in the strongest terms against such steps in the past, Greece’s declaration was confined to maritime boundaries of the country’s western half, facing Italy and Albania. The legislation required to extend Greece’s territorial waters was tabled on January 12 and should be approved by Parliament in about one week, placing the subject at the top of the agenda between Athens and Tirana, and apparently important for Ankara as well.

Readers will recall the joint Greek-Albanian announcement to request The Hague’s assistance resulted from FM Dendias’ visit to Tirana on October 20, where he met with Albanian PM Rama. The groundwork for that announcement had been laid when Rama visited Athens in September as a speaker at a conference organized by The Economist and met for an extended period with Greek Prime Minister Kyriakos Mitsotakis.

A “private visit” to Athens

Rama’s January 8 visit to Athens was categorized by both sides as a “private visit” with minimal media coverage.  It was seen as more sensitive than usual in view of the controversial maritime demarcation issue in the run-up to Albanian elections scheduled for April 25, as well as Rama’s meetings in Turkey the day before. Sharp Greek media observers did not miss the fact that the Albanian government’s official Airbus 319 which Rama used for his stops in Turkey and Greece is leased to Albania from the Turkish government which formerly used it to support Erdogan’s travel.

The opposition Democratic Party has accused Rama’s ruling Socialist Party of opacity and secret negotiations in requesting help from The Hague on the maritime border question, which has long been a political hot potato in Albania.

Rama also raised with the Greeks his concerns about the issue of EU Covid-19 vaccine purchases and their delayed distribution in the Western Balkan countries; Albania to date has received less than 1000 doses of the Pfizer vaccine.  It is not known how much time was devoted in Athens to the subject of EU Enlargement as there has been no comment on this important topic.

While in Greece, Rama reportedly made an offer to host a high-level Greek-Turkish meeting in Tirana, although it is unclear if this would be at the level of foreign minister or prime minister; little else has been said on this topic.

The Greek-Albanian discussions occurred against the backdrop of political turmoil in Washington and preparations for the resumption of the bilateral “exploratory talks” between Greece and Turkey which later were announced for January 25 in Istanbul, after a hiatus of four years.

How to recognize a ministroke or stroke — and what to...