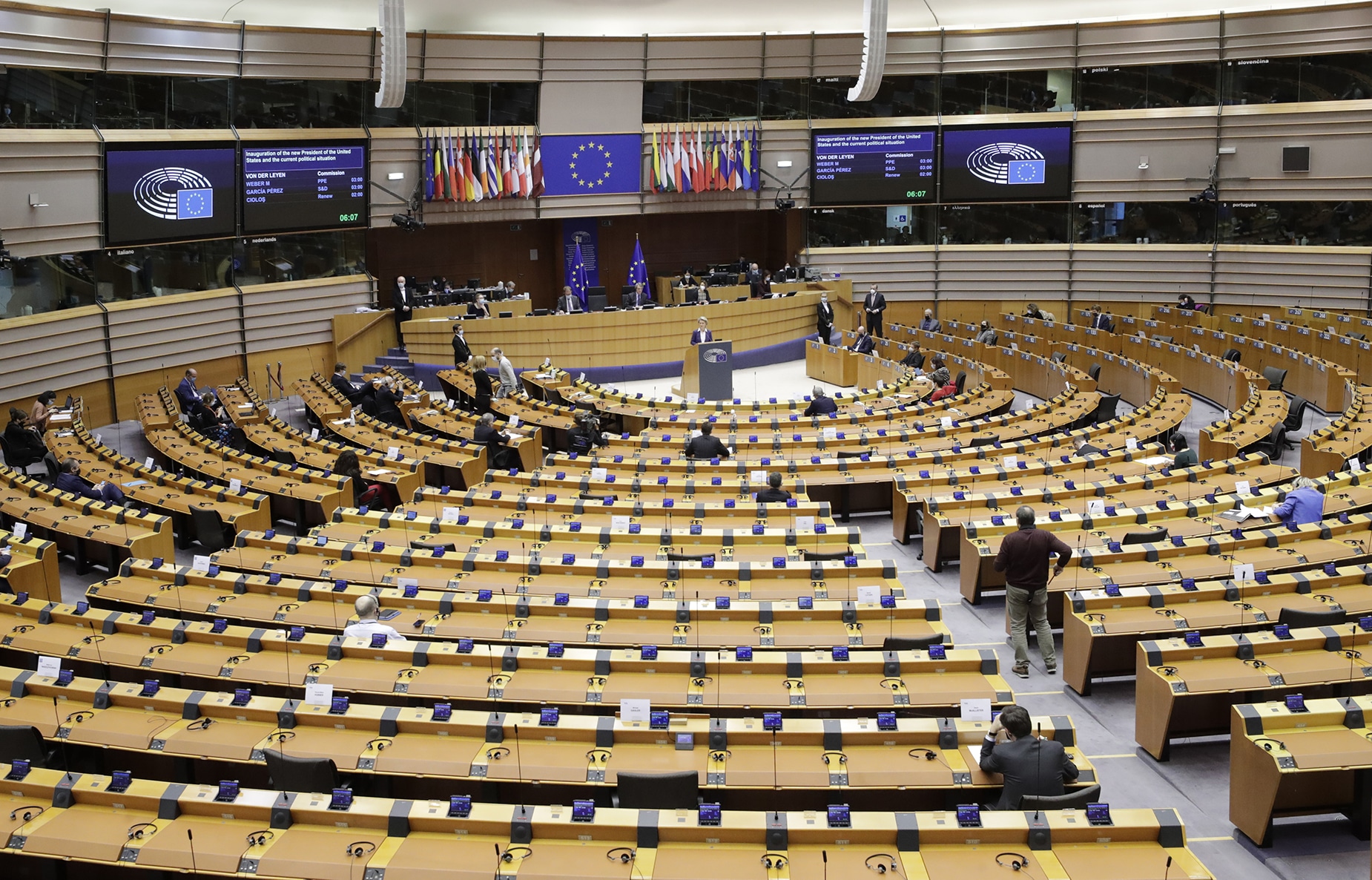 The European Parliament passed a resolution on January 21 calling on EU member states to immediately stop work “once and for all” to complete the controversial Nord Stream 2 pipeline, which would bring Russian gas to Germany under the Baltic Sea, in response to the weekend arrest of Kremlin critic Aleksei Navalny.

In a resolution, adopted with 581 votes in favour, 50 against and 44 abstentions, Members of the European Parliament called on EU member states to take an active stance on the arrest of Navalny and many of his followers at their next meetings and to “significantly strengthen the EU’s restrictive measures vis-à-vis Russia”.

“Following years of deteriorating relations, MEPs stress the importance of critically reviewing cooperation with Russia in various foreign policy platforms and on projects such as Nord Stream 2. They call on the EU to immediately stop the completion of the controversial pipeline. MEPs also underline that the EU should no longer be a welcoming place for Russian wealth of unclear origin,” the European Parliament said in a press release.

With a view to the new administration in Washington, MEPs stressed that the EU should use this momentum to strengthen transatlantic unity in protecting democracy and fundamental values against authoritarian regimes.

The Nord Stream 2 pipeline is already facing US sanctions. Washington has said that the Nord Stream 2 would make Europe more dependent on Russian gas, undermining EU energy security. At the same time, however, the US is trying to promote sales of its own liquefied natural gas (LNG).

Meanwhile, AP quoted German Chancellor Angela Merkel as saying on January 21 that she isn’t abandoning Nord Stream 2, but wants to talk to the new US Administration about the issue. She acknowledged January 21 that she said last summer the poisoning of Navalny, who was treated in Germany after being exposed to a nerve agent, “could play a role”. But “I am saying today that … my basic attitude has not yet changed in such a way that I would say that the project shouldn’t happen,” the news agency quoted Merkel as saying.

“We will of course speak with the new American administration,” she said. “We must also talk about what economic relationships with Russia in the gas sector are acceptable and what aren’t. And it’s not as if there were absolutely no trade relations between the United States of America and Russia in the oil sector, for example.” “We must put everything on the table, and talk about whether we want to have no trade with Russia in the gas sector at all, and what dependence is tolerable,” AP quoted Merkel as saying. She reiterated Germany’s objections to “extraterritorial sanctions”.

Chris Weafer, co-founder of Macro-Advisory in Moscow, told New Europe on January 21 that German officials, from Merkel down, have made it clear that they will not block the completion of Nord Stream 2. “They view it as an essential part of their energy security and of the process to reduce carbon emissions. If anything, the efforts by the US, and some Eastern Europe states, to block it has hardened Germany’s resolve to complete it. It is now a matter of political principle for Germany,” Weafer said, stressing that it is as much about asserting the country’s independence and not being bullied into yielding to external pressure.

“The last phase of the project will continue to be difficult, at a political level rather than technical. But all engineering is in place and the issue with certification and insurance can be resolved.” Weafer said. “I firmly believe that Germany now has hardened its position so much that it will not back down. To do so would leave it looking weak. If anything, the US congress has pushed this too aggressively and left Berlin with no option but to complete. And that’s what I expect to happen this year,” he added.

A Nord Stream 2 spokesperson told New Europe on January 19 the project resumed pipelay works on December 11, 2020 as announced in the Notice to Mariners by the German Waterways & Shipping Authority Stralsund. The Russian pipe-laying vessel Fortuna laid a 2.6-km section of the pipeline in the German Exclusive Economic Zone (EEZ), he said, adding that these planned construction works were completed in December 2020 and were implemented in full compliance with existing permits.

On January 18, the US reportedly informed German officials of its plans to impose sanctions on the Fortuna over its involvement in the construction of Nord Stream 2. The confirmation came after German business publication Handelsblatt reported that the US would be issuing sanctions under its Countering America’s Adversaries Through Sanctions Act (CAATSA).

Kazakhstan to plant over 2 billion trees within 5 years

Smerconish: Is Tesla the latest victim of the political divide?