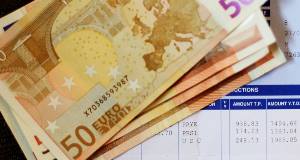 Almost 80 per cent of people were forced to cancel or postpone a major life event or purchase this year due to the Covid-19 pandemic.

A new N26 survey has also found that close to half of Irish consumers lost out on almost €700 after cancelling their plans.

Nearly two-thirds of people surveyed said they had intended on going on a foreign holiday, while 16 per cent were going to move house.

28 per cent of respondents said they now want to use any savings to pay for home improvements and 23 per cent want to pay off debt.

Kelly McConville, director of growth at N26, said: “The shift in consumer behaviour over the past few months in response to the Covid-19 crisis has had a big impact on the way we live, work and spend our free time and money. As attitudes continue to evolve, we can’t just watch from the sidelines. Banks – particularly digital banks that consumers are increasingly turning to – have to be agile in the face of change and continue to find better ways to put people back in control of their finances.”

Trump's State of the Union: New Congress, new chapter for US...