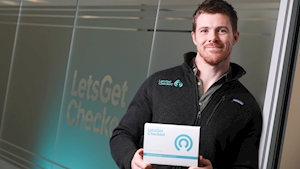 Two companies in Dublin has announced an addition of 80 new jobs in Dublin today.

As reported in The Irish Times, LetsGetChecked has announced 50 new vacancies as they expand their testing capabilities.

The remaining 30 jobs have been announced by US technology company, Chargify who will open their new European, Middle Eastern and African headquarters in Dublin later this week.

The roles include engineering, product, business development and customer success.

Commenting on the decision to set up the company’s new headquarters in Dublin, Mr Lynch said: “I’m a proud Dubliner but I’ve never let my patriotic fervour stand in the way of solid business decisions. As a fast-growing business focused on expanding in EMEA there was never any other choice that worked as well for us as Dublin for a base.”

37% of businesses considering move away from city centre offices